Welcome to another edition of “8 Questions with……”. This is a series of interviews that I have been doing ever since I started blogging. I really enjoy talking to random people and getting them to share who they are. Some have been friends in real life,some have been people I don’t really know and I am joining you in getting to know them.  Like Tim Cox….I didn’t know Tim until I posted a review of a film and had said I would review anyone who wanted to send me a movie to look at.  I get my films through word of mouth or by stumbling across them by accident.  So when Tim sent me Have Cheetah,Will View #35 – “Here Lies Joe”,I knew I had found someone whose work I wanted to see more of.  We became friends on Facebook and we have slowly built a nice friendship. When Tim sent me maybe the most powerful short film I have reviewed yet in Have Cheetah,Will View #40 – “To Be Alone”,I knew I had to interview him for the blog.
It is with great pleasure that I was able to sit down with Tim and have a session of “8 Questions with…….”. I hope you as a reader will also enjoy it as well.

Please introduce yourself and tell us about you.

Hello. My name is Timothy J. Cox. I am a stage and film actor, originally from Philadelphia, Pennsylvania, who has called New York City his home for over 15 years. I currently live in Sunnyside, New York, which is in the borough of Queens, only 15 minutes out of the city, by subway. In August, I will be celebrating my 4th wedding anniversary with my amazing wife, Jamie.

What led you down the path to becoming a actor? Was there a actor/film that made you say “I want to do this”?

My family likes to tell me that I was an actor years before I decided to become an actor. I was always a ham as a kid; a bit of a show off. I used to do impressions of George Burns, John Houseman and Marlon Brando for my family. They were my first audience. When I was in the eighth grade I auditioned for a school play just to get out of class. Surprisingly, I was cast as the male lead and from that first moment on stage I knew that this is what I was born to do. I then immersed myself in the world of acting. I studied theater in high school and read every play that I could get my hands on. The movies have always inspired me as well. I received my greatest education from the movies; classic movies especially and from my idols Albert Finney, Jason Robards, Spencer Tracy and Jack Lemmon. It was Jack Lemmon’s performance in “Days Of Wine And Roses” that made me want to make acting my life’s work. *What was your first acting gig? And what was your role in it? That first acting gig in the 8th grade was a musical of the O’Henry short story “The Gift of The Magi” called “Rags to Riches”. I played the male lead and I had to sing, which was kind of frightening, but it was also the funny part and I figured that if I nailed the funny stuff the audience would forgive the fact that I can’t sing. They did.

As an East Coast artist,what kind of culture shock did you experience in attending Marietta College in Ohio? In your opinion,how important is college to an performer? What was the most important thing you took from your years at Marietta?

I remember the exact moment when my parents dropped me off at college. As they were driving away, I was a little terrified. I was on my own for the first time in my life, so that was quite a shock. I don’t think I left my dorm for the first month I was there, except to go to classes. The theatre was a safe place and luckily, I was able to get into a play right away and begin my training. I think going to college is absolutely important. Education is everything, but you also you gain real life experience during those years, which makes you a more well-rounded person and a more well-rounded artist. Speaking only for myself, my experiences at Marietta College made me who I am as a person. Sure, I made a lot of mistakes, fell on my face quite a bit, but that’s part of the life experience. You’re going to fall on your face, you’re going to make mistakes, but you pick yourself up, dust yourself off and move on to the next challenge, because more will come. That’s what life is. I truly believe that if I didn’t have those 4 years in Marietta, Ohio, making the mistakes and learning from them, I wouldn’t have had the guts to move to New York.

When I graduated from college, my aspiration was to be a really good supporting actor in the theater. So, it was either going to be New York or Chicago. While doing a play in Pennsylvania, I was introduced to an actor who was moving to New York and was looking for a roommate. I jumped at the opportunity. Next thing I knew, I was moving to NYC.

What was your memories of 9/11 like? What were you doing performance wise when it happen and how did you apply this experience to your acting?

I remember that day very clearly, as I’m sure everyone does. I was living in a different part of Queens at the time, in Astoria and early in the morning I was doing something in my apartment. I got a call from my mom and she said “I’m just so glad to hear your voice” and I said “What are you talking about?” She told me to turn on the television and I was glued to it like everyone else. Of course, I was struck with disbelief that something of this magnitude could happen. At the time I was working on a play at a theater down in Greenwich Village and a day or so after the attacks, the artistic director of the theater comes up to the cast and said that we needed to go on and do our show, that it would be therapeutic. We agreed and went on. I remember they were only two or three people in the audience and as the show went on you could look into their eyes and see that they weren’t ready yet and they all quietly left. We finished the show and the cast went their separate ways for the night. On the subway platform, I ran into one of the audience members. They came up and apologized profusely. I told them there was no need to apologize. I understood completely. You saw the best of humanity in those days. New Yorkers were exceptional in the midst of true horror and unbelievable loss. I remember the quiet on the trains. I remember the faces, marked with grief and with hope throughout. I still think of those faces; their strength, their compassion, their anger and their sadness.

You seem to always be wearing glasses in every film,how did this come about? Do you wear glasses in your everyday life?

Yes, I do wear glasses in my every day life. It’s just a part of who I am and. I always like to incorporate them into my work as much as possible.

I like going to the theater and to the movies, as well as bookstores, like the Strand. I especially like walking around the city to places like Central Park or Greenwich Village, but to be honest, I really am a bit of a homebody. I like to relax with a good book or a good movie.

You are a professional tour guide as well…how did that come about?

A little over 10 years ago, I ran into a good friend of mine, actor and director, Lawrence Lesher on the subway. I had just been laid off from a very miserable office job. Larry saw my misery and told me that the time had come for me to become a tour guide. So, I decided to give it a shot and ten plus years later, I’m still doing it. I get to work with student groups from all over the world. I lead tours in NYC, DC and Philadelphia. It’s been fun rewarding work.

Besides Yankee Stadium,what are the most popular sites that tourists want to see? If we took a tour with you,where would you take our group?

Every group is different, which is one of the perks of the job. Of course, everyone wants to see Times Square, the Empire State Building and the World Trade Center. All of that is a must. I especially love walking groups across the Brooklyn Bridge. You can’t beat the views of the city. When you get to the Brooklyn side of the bridge, you can go to the Brooklyn Ice Cream Shop, which is delightful.

What does family mean to you?

Family is everything, especially this year.

I lost my brother, Kevin, at the start of 2017, to heart disease. It’s still very hard to believe, even more difficult to put into words. He’s never far from my thoughts though. My family has always been very supportive of my artistic pursuits. I couldn’t ask for a more supportive family. I’m very lucky.

How did you become so prolific in making short films? You seem to be high demand in this medium? What was your first short film and what do you remember feeling when you landed your part?

Shorts have been fun to work on and I have been very lucky to have worked on some really good ones, with exceptional writing, directing and acting. The first short that I worked on that made me want to pursue film further was “Over Coffee”, which was the first film that I did with writer / director Sean Meehan. Sean was the first director who ran a set the way it’s supposed to be run. Very professional, but he also keeps it light and fun; a great environment for actors to play around in. His energy is infectious; it’s why I love working with him.

*What is the biggest difference between acting in a short versus a feature length film?

No real difference. The preparation is the same, no matter the medium. 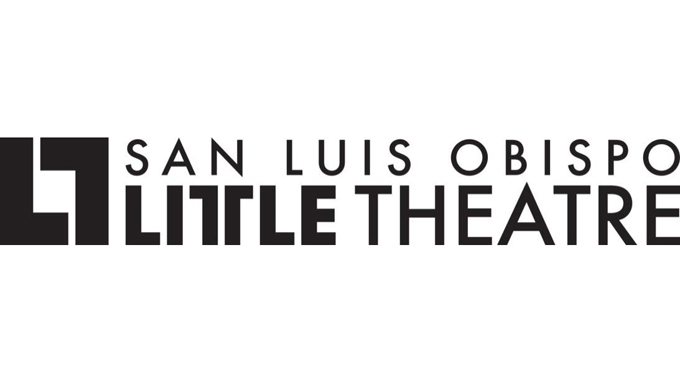 Tim will be appearing in a production of the Richard Dresser comedy / drama ROUNDING THIRD at the San Luis Obispo Little Theatre in CA from November 3-19th 2017. For information on the production, please visit: http://www.slolittletheatre.org/shows-events/2017-2018-season/

I like to thank Tim for taking the time do to “8 Questions….” and I hope you enjoyed reading it as well. Feel free to drop a comment below,love to hear what you thought.