I like a good martial arts movie. As I write this,I am thinking that I was lucky to have found 2 double feature discs of the late,great Bruce Lee at my local Dollar Tree. I also realized that I have review only one movie to feature strong martial arts action and that is “Skin Trade”  featuring Tony Jaa and Michael Jai White.
So when I put on “Judge Archer”,I wasn’t sure of anything that would follow except for some great fight scenes….

Set in 1917 China,Judge Archer is a man who travels the countryside acting as a mediator between martial schools who are fighting against each other. His word is final and he won’t brook no arguments.
Of course this leads to resentment and bitterness with some schools who think their voices have not been heard fairly. Judge Archer has few friends during his travels.
It is then when we learn that Judge Archer isn’t a person but a title carried by other men all over the country. The Judge Archer we first meet is rather elderly and is slowing down. He has no idea who will replace him as Judge Archer once he goes. 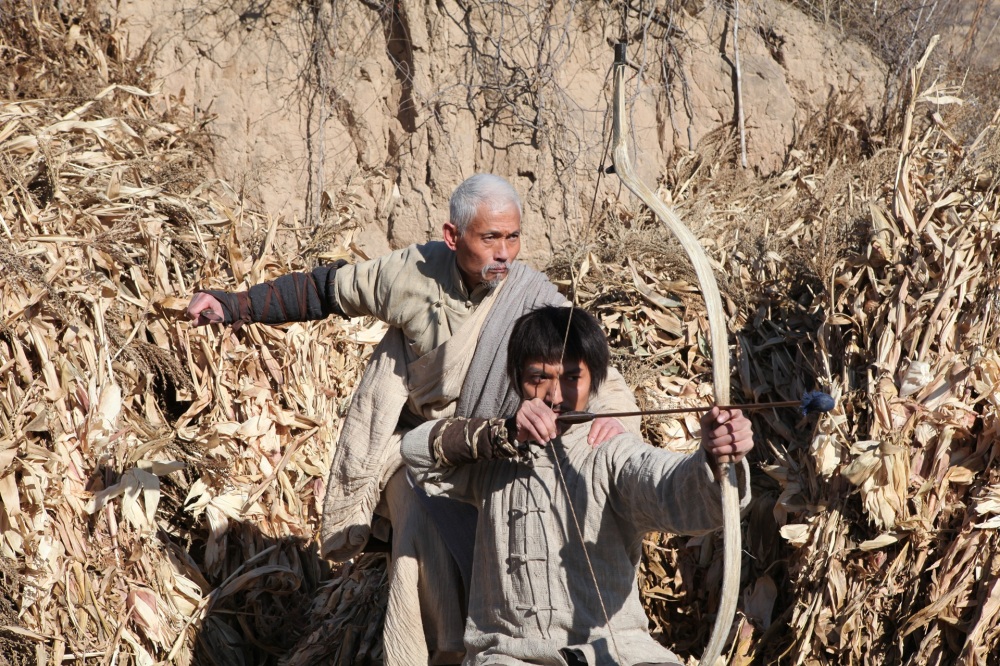 In a small village,a woman is raped and beaten by a trio of thugs,when her brother discovers what has happened to her by finding her in a bale of straw,he has a mental breakdown. The sister takes her brother to some monks,he is completely unaware who he is and the sister hopes the monks can help.
The monks loosens the binds that are holding the young man as his sister says that the two names he hears will become his name as well,the young jumps over the wall and runs aimlessly into the country side. It is here that he runs into the current Judge Archer when then takes this damaged man under his wing and begins training him as his replacement. The elderly Judge does his test but simply doesn’t have enough time to properly train the young man,especially in the fact that he has to stay emotionless and unbiased in his actions.

At the start,the Judge Archer does well,settling a pair of disputes,one peacefully by simply shooting four arrows dead center between two feuding schools and the other by force,thus ensuring peace.
But Judge Archer becomes embroiled in a nasty power struggle between two parties.
Because he hasn’t learned how to rise above the fray and personal attachments,he allows him to drawn into a plot by a woman named Erdong to seek revenge for the death of her father. 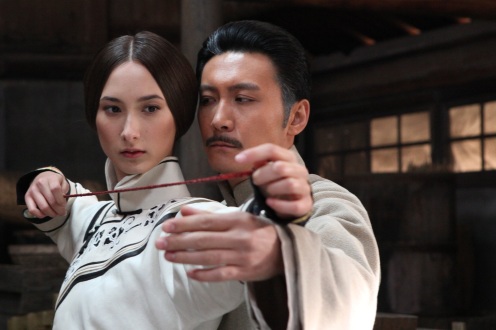 Judge Archer starts to plot his plan by taking over a fruit market where his intended target always stops for a pear every morning. The man,Kuang,suspects Judge Archer might more then he appears to be and sends his own wife,Yue Yahong,to tempt Judge Archer and learn his true intent. But when temptation becomes more then planned,it sets into motion an even bigger struggle and there is a lot more at stake then even Judge Archer can imagine or see as he is focused only on his mission.

I have to admit that “Judge Archer” wasn’t anything I had seen before. While there are many plots and subplots galore,as far as action scenes go,there are very little here. The focus is rather on the acting and driven by the story.
All the actors here are completely new to us but based on what we watched,they must be big stars in China,especially Yang Sang who plays to young damaged Judge Archer. While he is very good with his bow,his mental problems land him in some very scary dangers that he is ill equipped to deal with. But his drive and bravery really helps him steady and even aids him in his recovery.

The two woman who play Erdong (Yenny Martin) and Yue Yahong (Chengyuan Li) are lovely to look at and have amazing depth,both women have many sad elements to their character as when Kuang (Chenghui Yu) tells his wife that she was always more of a means to an end then a wife,despite being married ten years.
It’s telling to see how much she does love him when at the end of the film,she has a chance to change her fate but does not.
Director Haofeng Xu,who also wrote the story,has crafted a beautiful tale here and has guided a great cast into a story that is both tragic and hopeful.
While I personally enjoyed “Judge Archer”,I can’t recommend it for anyone expecting a action packed martial arts thriller. It is much more of a thinking person’s movie with something to say then the usual “You killed my teacher” plot we always see.
The cheetah and I gave “Judge Archer” a thumbs/paw straight up.

“Judge Archer” is rated PG-13 and has a run time of 91 minutes. Special features include previews of other movies released by Lionsgate.