Something rather cool is happening for us smaller reviewers/critics. A gentleman who goes by the name of Fletch is setting up a new website that caters to small indie films only. If you’re a small indie project,you can post your information and for a reviewer like the cheetah and me,who loves looking at indie projects,we can find new projects to get excited enough to review them and share with you. 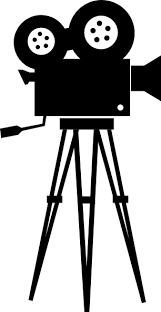 The fact is,outside one source,I rarely get sent any indie films,only via word of mouth from a director or acting talent will Paladin and I get asked to review films.  This is why I always include how I came across anything I review. A lot of folks get a ton of free stuff from studios but if you don’t have the numbers,you get bypassed or not even considered.
In effect,we’re like the very same indie film we’re reviewing….we’re looking for a bigger mainstream audience to see our work.  When you read a review on here,just how much have you actually heard or read about the film I’m writing about? I can tell by reading the comments that the cheetah and I watch some little seen gems.  But we are glad to bring them a little sunshine!
For Paladin and I,while its been slow growing,we are indeed growing… our reviews listed on IMDb drew over 100 readers this month,a record for us. I know it’s nothing compared to a YT account but I like to process of writing far more then the idea of stuttering in front of a camera. I guess you can tell that I’m becoming old but the fact is,I have always enjoyed writing.
Now with a new website coming that will connect small reviewers along with indie productions,more exposure might mean that one day the next big director might be found doing a awesome 10 minute short on Vimeo and that is what is so fun about writing indie reviews.

For my US readers,I want to bring your attention to a new giveaway from Dan from Reject Filmz,his YouTube is growing as well and once in a while he’ll do a film giveaway.
The cheetah and I have benefited from Dan’s giveaways as we won a copy of “Zombieland”  and of course a excellent documentary film  “Noma – My Perfect Storm”.
Now Dan is doing a massive six BluRay giveaway,all you have to do is sub to his page and enter,there are three different ways to enter his contest that he covers in the video.

Entries will accepted until 17 Feb 18…..good luck to all who enter! Those are some fine movies that Dan is gathered for this giveaway.

While blog surfing,I visited a blog that the cheetah and I follow that is written by three very people called “The TellTale Mind”.  The following is how they describe what their blog is all about.

“This is a site where you can find all manner of things. There are reviews of horror films, comic books and science-fiction.  There is comedy and drama, westerns and thrillers and every genre in between.  You will find music, live and pre-recorded, ElfQuest and Marylin Monroe, Elvis Presley and Idris Elba, the Avengers, Batman, Peter Cushing, pulp covers and more.  Join us, check it out and maybe stay for a while.

The Telltale Mind is predominantly Geoff Rosengren, but you might also see Rebecca Griffin and in a couple of rare instances, Garry Worrall.”

This blog is a real fun read with various themes,topics and sections. But one section which focuses on comic books is called “Issue By Issue” where a title,mostly short-lived ones from both DC and Marvel,are read and reviewed. 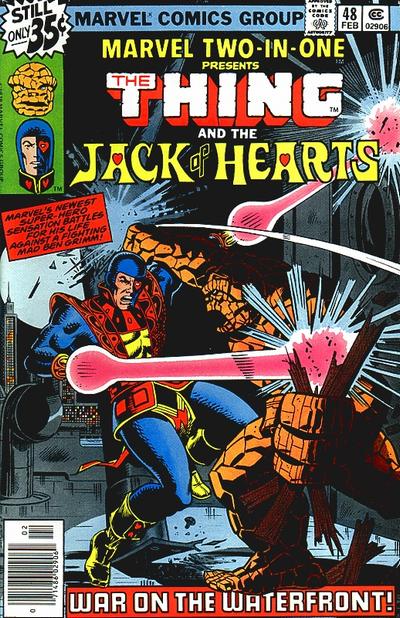 There are some amazing books that are covered here including many I collected as a kid,like “Shogun Warriors”,which came waaaaaaay before “Power Rangers” or “Pacific Rim”.  I found myself going through every issue of “Moon Knight” and so impressed by the reviews.  It’s a perfect page to go and read up about many smaller books that have been long forgotten by even comic book diehards.
I see that they are about to do one of my all-time favorite Marvel books, “Two-In-One” which features Ben Grimm aka The Thing from Fantastic Four as he teams up with another Marvel hero (sometimes even a bad guy) to stop a threat. The series ran for 100 issues and along with “Marvel Team Up” is one of most loved classic books from the 70s-80s.  I can’t wait to see how they are going to write about this book!!
You can visit the page by clicking on the Issue By Issue link.

Last thing…..the cheetah and I caught the brand new trailer for “Ant-Man and The Wasp” today and it looks to be a complete hoot just as the first one was. It looks action packed and has a real sense of humor about it. Of course this being the MCU,they have changed things around a bit with the main villain being a member of Iron Man’s rogue gallery. The Ghost was more of a tech spy then he was a heavy hitter,he would steal plans or gear from Tony Stark Industries to sell to the highest bidder. Well The Ghost is now played as a woman and faces off with Ant Man and the Wasp.  Based on the trailer,this looks to be a interesting match-up and I wonder if this takes place before or after Avengers: Infinity War.

Well that is all I have for now. Thanks for reading and the cheetah and I will be dropping a new batch of reviews very soon. And a happy 88th birthday to Gene Hackman.

2 thoughts on “Here,there and everywhere and a Reject Filmz contest!”