So after a brief burst of action/superhero/horror films,the cheetah and I decided to slow things down a bit by watching the perfect movie for a chilly May day,a Hallmark Channel Christmas movie!! I mean,it’s only what,5-6 months before we are swamped with yet another Christmas season but why wait til then when we have “A Heavenly Christmas” to check out!

Eve (Kristin Davis) is a workaholic for a huge firm in Chicago,she is burning the candles on both ends to make partner and that includes pushing back family functions and holidays like Christmas. Eve is a friendly person but most of her contacts are on the superficial level. She has no love life or or social life to speak of.
She lives in a beautiful apartment with her cat,the place is spotless and sterile because she doesn’t have anyone over,you get the picture.

Eve is walking and talking on the phone,its the week before Christmas and she is trying to close a huge deal that will ensure her getting the partnership she covets. But when she slips and hits her head on the cement,she wakes up in heaven and meets her guardian angel Pearl (Shirley McLaine) who explains what has happen to Eve. 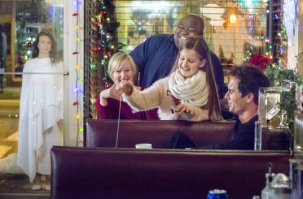 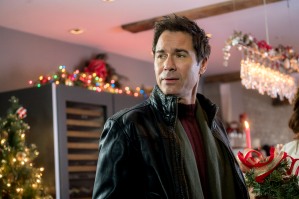 Eve Morgan, a workaholic finds herself tethered to her guardian angel, Pearl, as she learns to become a Christmas angel in Heaven. Despite being the worst recruit in the history of Christmas, Eve is assigned the difficult task of helping a struggling singer Max use his musical gifts to heal old family wounds. As Max begins to overcome his issues, Eve begins to embrace the meaning of Christmas, heal wounds of her own, and perhaps find love along the way. Photo:Eric McCormack Credit: Copyright 2016 Crown Media United States LLC/Photographer: Chris Helcermanas-Benge
She has chosen as a “Christmas Angel” and is being assigned to help answer a prayer.
She is given the rules,only help or suggest but never lead or interfere. She can have no personal contact with anyone she knows or get romantically involved. She has a week to help a family in crisis,led by diner owner Max (Eric McCormick) who is taking care of his niece Lauren (Jaeda Lily Miller) after her parents were killed. Max is dealing with own heartbreak that has caused him to put his own gift aside. Lauren’s grandparents are pushing Max to let them take care of Lauren down in Florida.
This is where Pearl inserts Eve and for a rookie angel with little experience,the first assignment could be the roughest of them all…..especially when she starts falling for Max! 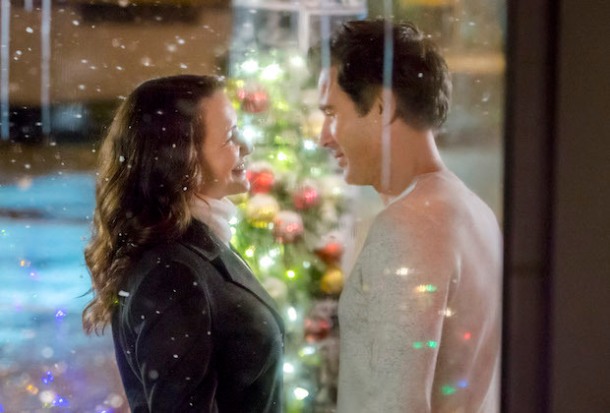 Now I tried watching this about six weeks ago and I gave up at about 20 minutes in. I have often commented that Hallmark Channel movies,especially the Christmas ones are critic-proof,it doesn’t matter what anyone says or writes,these movies are much loved and based on what I’m seeing,are becoming popular in terms of folks collecting them.
Imagine my surprise when I quit watching “A Heavenly Christmas” because I thought it wasn’t good at all. But then I decided to give it another chance and I’m glad I did. Not that its a great movie,its a bit too formulaic but I have to say that Kristin Davis did a wonderful job as Eve.

She really put her heart into Eve and made her a person you will find yourself really rooting for. You know Eve,while neglecting family,friends,her cat and mainly herself,is someone with self-awareness,she realizes very quickly what she has missed out of and instead of feeling bitter or angry,she is determined not to let Max make some of the same mistakes she made. Her spunky and charming personality really shines here. Director Paul Shapiro is smart in that he uses every chance he gets to have Davis smile because she has a lovely one.

The rest of the cast is sturdy,Eric McCormick plays Max with touch of sadness almost throughout the movie and the emotion feels real,he doesn’t shrug it off once he meets Eve and that is important because one doesn’t shrug off grief in a week.
The only disappointment is McLaine,she completely looks bored as Pearl and phones in performance. You got the idea that she wanted to be anywhere but on the set,its easily one of the worst performances of her very strong and award winning career. When a 10 year old like Jaeda Lily Miller is out acting you,you need to rethink about the energy you bring to the project.
So while “A Heavenly Christmas” is a tad generic even by Hallmark standards,it does feature a winning performance by Kristin Davis that makes it worth taking a peek at.
Even in May…. 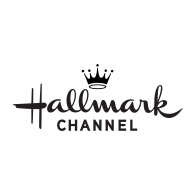 “A Heavenly Christmas” has a run time of 93 minutes and has no product placements!.
Its rated “G”  and has a 3 special featurettes.

The cheetah and I gave “A Heavenly Christmas” a thumb/paw slightly up.

Can you and would you ever watch a Christmas movie in the spring or summer? Drop a comment below and let us know!!