Welcome to another edition of 8 Questions.
You may have noticed a slight change in the title of today’s interview.  Today marks the first repeat interview that I have conducted. Five years ago Stephen Foster was one of the first people who agreed to be interviewed by me. I used to have this series on MySpace a decade ago but during MySpace’s upheaval and eventual demise because of Facebook,I lost those interviews but wanted to keep the format going.
But it takes a LOT of trust to allow a complete stranger to ask you personal questions about your profession. Well Stephen gave me a chance and allowed me to chat with him.
Not only have we chatted,we also have become good friends and have supported each other’s projects through these 5 years. I have watched as Stephen and his husband Chuck have had serveral critical successes and even as I write this,they are in New York prepping another fantastic play called “The Green Room”.  Openning a play is maybe the hardest thing to do in the acting world but Stephen’s drive is relentless and I’m sure “The Green Room” will do very well.  When I thought about catching up with my first wave of interviewees,I knew Stephen would be the first person I asked and he would be happy to do as well…..so let’s go ask Stephen Foster 8 Questions……..again……

Please re-introduce yourself and share what project you are currently working on.
Howdy, my name is Stephen Foster (no relation to the composer unless it’s a past life thing!) and I’m an award-winning actor/writer living in Hollywood.  I’m currently working on bring my musical “The Green Room” to Off Broadway and promoting our award-winning short “That’s Opportunity Knocking” on Amazon Prime. In addition to that I operate a FB group dedicated to my book “Awakening the Actor Within.” I’m also developing new scripts for Round Earth Entertainment.

What has been the three biggest changes for you professionally in the past year? How have they impacted you the most?

The 3 things that have changed for me professionally in the past year: 1. winning Best Supporting Actor for the comedy short “That’s Opportunity Knocking.” 2. having my musical produced in NYC BIG DREAM COME TRUE. 3. Starting my own production company with my partner Chuck Pelletier. They impacted me in the aspect that so much of what we do creatively is unfortunately dictated by others and once we pull the control back, things really can happen.  Many talk about wanting success and recognition, but few will take the right actions to get it. 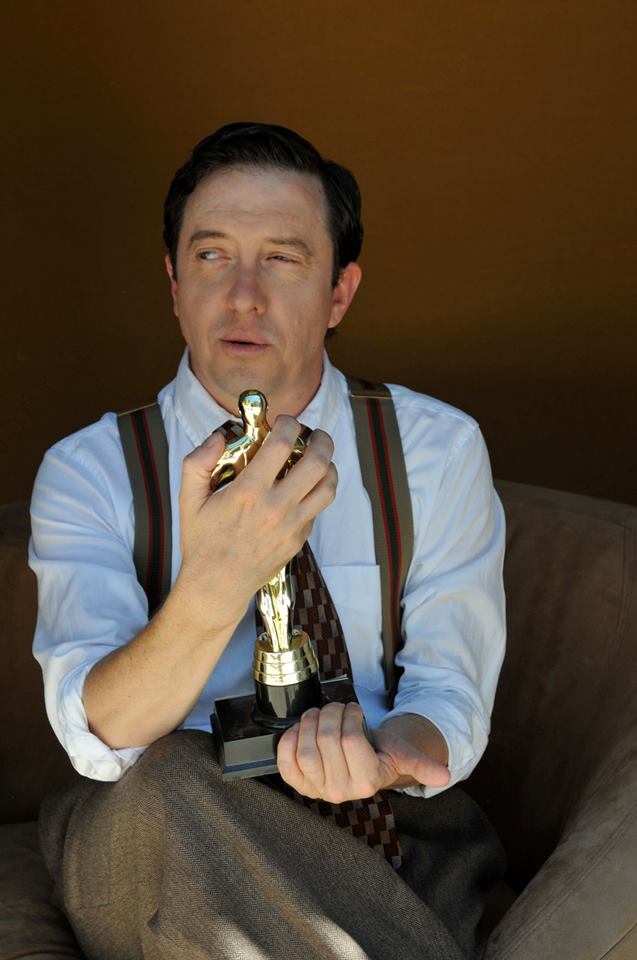 Your husband Chuck wrote and produced a very good short film ” That’s Opportunity Knocking” in which you have a key role…how was film received?

Well, we were shocked to have won 23 film festival awards and to get the comedy short on Amazon Prime.  I took the helm of submitting the film to film festivals and we were very successful. We met so many wonderful friends and co-creators in the industry that we would never have met without the festivals.  It once again proved that finished product is work 20 “ideas”.

With so many different outlets now offering original content but much shorter seasons,is it easier or more difficult for actors to get good roles?

The good news with so much MORE content is there ARE more opportunities for actors to be IN projects.  What excited me about “Orange is the New Black” mostly was the 100% diversity in casting especially for women who probably could NOT get cast otherwise. There are many new avenues opening to actors via Hulu, Amazon, Netflix which is so divine.  It’s NEVER easy to get cast in good roles. The acting pool is always crowded and there are those at the top who don’t want new talent. So, I say to all actors, “Do great work, but WORK THAT WORK until you get cast!”

What is your opinion about the Me Too movement,it seems to already faded away,do you feel
Hollywood treats serious issues like fads..put a ribbon on it and then it’s business as usual?

Well, it’s about TIME someone blew the whistle on these very toxic, nasty industry people.  A huge, huge problem in this industry has been the devaluing of humans and the manipulation of talent.  It goes beyond just the “casting couch” and women being victims and rich white guys being douchebags.  I understand that women in the MeToo want to bring these guys down and call them out and rise up, but at the same time many women have used the “casting couch” or other advantages to get ahead and are completely as toxic as the men.  What I find so toxic is so often those who are crying out as victims waited a GOOD LONG TIME and played the game until they were famous to take a stand.
It seems like NO ONE wanted to say anything because they didn’t want to lose their job, position or what have you, but that is TOXIC because everyone is so hush, hush when it comes to industry dysfunction.  You can be an asshole or bitch IF you’re rich because you have 10000 people standing in line who will suck up and take it.
I say hooray for calling people out for being crazy makers in the biz whether it’s on a large or small scale. Do it when it happens and maybe we can make a change. Not all men are horrible and not all women are heroes and visa versa. It’s a case by case assessment.

You’re at an audition and another actor comes up and asks your for help in regarding the role you both are vying for: Would you help or not?
No, I would not. Why would I show someone my secrets? I would help anyone outside of an audition room, but right there in the moment, I am working. I would find it rude of another actor even to ask. 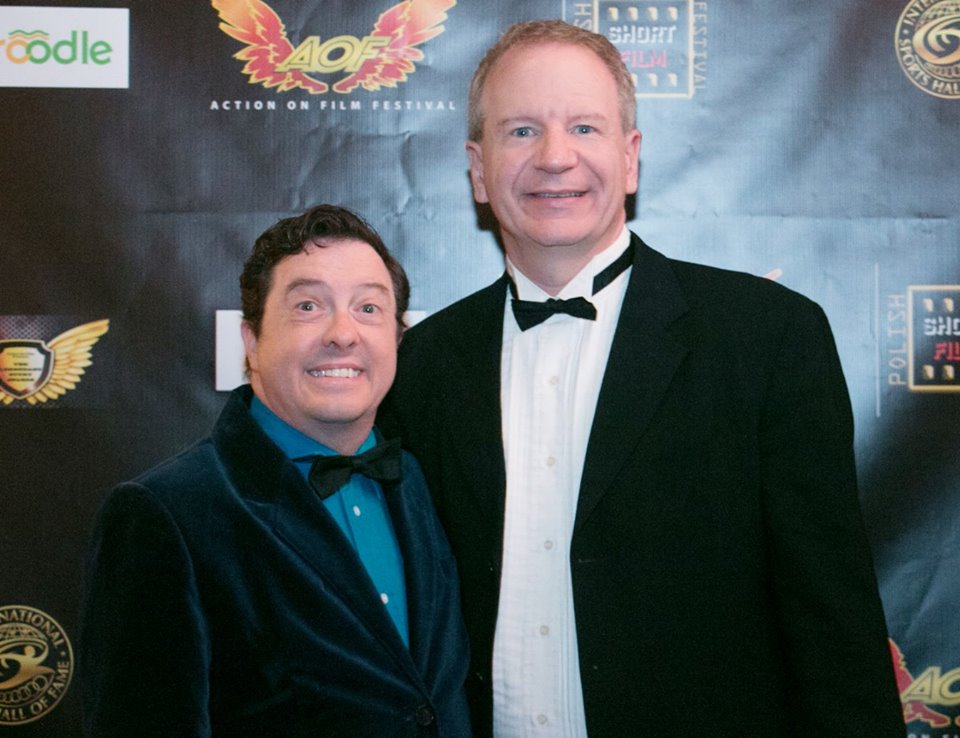 What has changed MOST in your life in the past five years?

My determination to have product in the world and my projects succeed.  You could say my ambition level toward myself and making sure that I’m not losing due to being overly helpful and eager about helping others.  I do teach my acting workbook but that doesn’t mean I give up my dreams.

It’s based around my workbook “Awakening the Actor Within” and it’s a Facebook group dedicated to helping actors work the tools of my book and to help each other achieve their dreams.  I’m very happy to have actors share their dreams, hopes and careers with me. 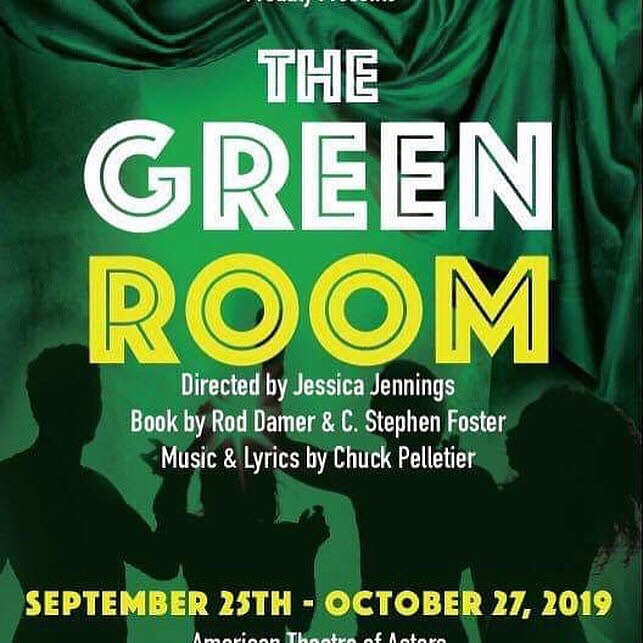 What is “The Green Room” and talk about how it came together.
“The Green Room” is a 4 character musical written by Chuck Pelletier (music/lyrics), Rod Damer and myself (book).  I met our producer Stephen Miller when we were working on another project that went bust!  I gave him the script and the songs and he simply fell in love with it & saw what it could do in NYC and he decided to produce it!  WOW! He put together a small team with Jessica Jennings directing and David Fletcher music directing.  We are thrilled to have this show that has been waiting in the wings finally making it to NYC! I hope you interview STEPHEN and JESSICA!

The cheetah and I are flying in to catch you in a play but we are a day early and you are playing tour guide,what are we doing?
Ok, well, I will take you and Cheetah to a nice, long walk in Griffith Park.  We would take selfies near the Griffith observatory (where they filmed Rebel without a Cause.) of the Hollywood sign. We would have lunch at my favorite restaurant Tam O’Shanter Inn.  We would take a walk down Hollywood Blvd looking at the walk of fame and hop in a private limo and have a tour of Hollywood past and present.  We would have dinner at Musso & Franks and take in a premiere of MY latest film at Hollywood and Highland.
As always I like to thank Stephen for taking the time from “The Green Room” pre-production and chatting with us. I know the poster says it won’t take place until September but a live theater play,that is like the day after tomorrow! So I am grateful to be able to squeeze this interview in…..

Stephen is very active social media wise and extremely supportive of others so you can join him on his Facebook page.

Of course you can see Stephen’s upcoming projects on his IMDb page.
Follow Stephen on Twitter and on InstaGram.
Feel free to drop a comment below and stay tuned for a more “8 Questions with” interviews.