I first saw “Play Violet For Me” back in 2017 and I meant to review it but it slipped away from me and as you are reading this now,I didn’t come back to it until today.
I was talking older films with my sister Rose (still surreal) and we were discussing film noir,I told her that the cheetah and I were loving going back and watching some great black & white classics.
As I was finishing up my “The Thin Man Goes Home” entry,it triggered a memory about this short film and before it slipped away again,I went looking for it and lucky for me the writer of the film,Kevin Sluder,had put it on YouTube.

At a mere 13 minutes long,”Play Violet For Me” covers classic noir…the male loner at a bar smoking and drinking. There is a voice over bring the viewer up to speed on how and why he is there at this particular moment in time.
The man’s name is Foley (Matt Mercer) and he is in deep trouble. He makes a call to a mysterious woman who meets tell him to meet her in a bar. Lyla (Najarra Townsend) shows up and she has femme fatale written all over her. But Foley calls her Violet and that sort of tips things off that this is no simple tale,especially once Lyla and Violet’s ties are exposed and the true scope of their minds are known. 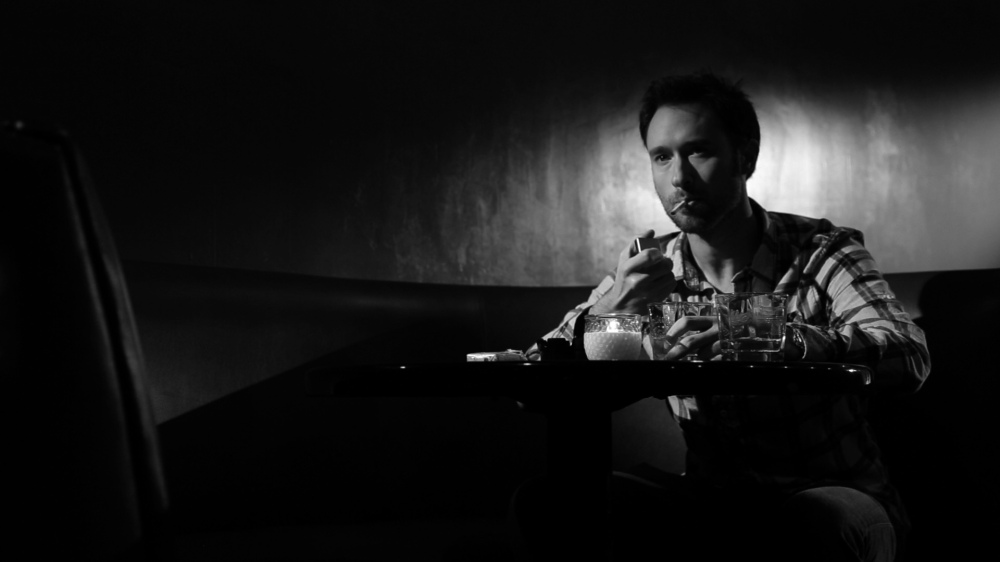 Anyone who have ever watched a film noir knows that the main male is always going to get left of the hook and in “Play Violet For Me”,Foley is no different. He tells Lyla his side of a story but she already knows how its going to play out.
Its a smartly written tale and Sluder has caught the noir bouquet in full bloom. Mercer and Townsend (who plays duel roles) are perfect together,Mercer looks completely confused and bamboozled,his lust has led to to his demise and he knows it and knows there isn’t anything he can do. Townsend is sultry as hell and a face we want to see more of. 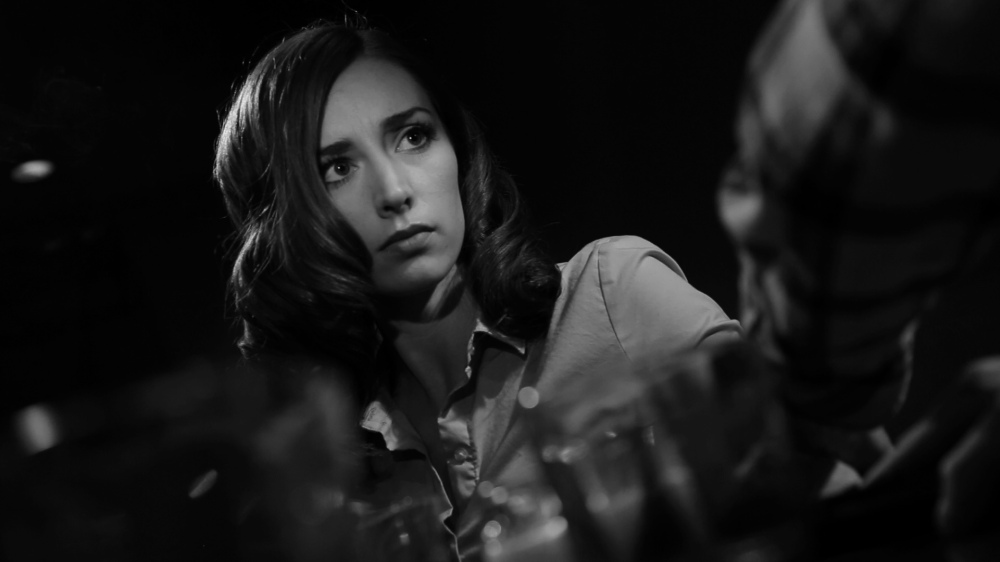 The look of the film is rich and complex,mixing traditional black and white settings with muted colors,cinematographer Patrick McGinley does a fine job combining the past noir looks  and the new modern flair.

“Play Violet For Me” is a nice tribute to the past but also smart enough to a eye on the future,in this wonderful year of watching short films (even if this one is 4 years old),this is yet another winner.

The cheetah and I gave this film a thumbs/two paws straight up.