The cheetah and I decided some lighter viewing was needed on this warm Saturday night. I pointed that we still had plenty of films sent from our buddy Rob over at Wild Eye that we could peep at and the cheetah went over and pulled “Alien vs. Zombies”.
Now the LAST time we did this Wild Eye  ” Insert a Name vs. Zombies”,I thought our BluRay player was going to blow up because that movie was plain awful and I can’t state that strongly enough.
So the cheetah very carefully put the DVD in while I held on to the remote and the fire extinguisher just in case…..

Joe is a friendly alien who decides to check out Earth after getting permission from his Pops. He lands in a ghetto section of New Jersey where he gets a rude awakening,the planet is being overrun by zombies. He lets one zombie eat his hand which is is no problem for Joe because he can regenerate his body parts.
A 12 year old girl named Parker pops up and plugs a putrid zombie with an old West style six shooter and she finds out that Joe is a alien. She explains what happened to the planet,that a strange caused the zombie outbreak (doesn’t it always?).
Joe notices that the two zombies Parker plugged and is praying over her parents.
Joe is able to access Parker’s plugged parent and find out more about zombies.
He then takes verious time travel journeys in a effort to save the Earth….but what he doesn’t know is that there is a bounty hunter on his butt looking to cook him for a crime he is innocent of.

Okay,I gotta say it…..Wild Eye Releases are to horror fans what Hallmark Channel movies are to romantics who love Christmas,they are bulletproof. Now while “Alien vs. Zombies” is pretty damn bad….it does a certain heart to it and that is thanks to Alex Knapp who plays Joe. Knapp is quite ernest and seems pleased as punch to be in a movie. His chemistry with Siena Tickle (I swear,I’m not making that up) is quite charming and ggod natured. The scene where Joe knows that Parker killed her own parents to save him and then he enters her mom’s dying brain to see what happened belonged in a much better movie,it actually was the most inspired part of the movie.
The shooting locations were far more scarier then any zombie,it looked like whole movie was shot either in crack den or under a freeway,they had a few pick-up shoots in New York City and even there the area looked really sketchy,its not a pleasant looking movie at all.
But the cast and crew did their best and for a no budget horror film like this,you couldn’t ask for more then that. 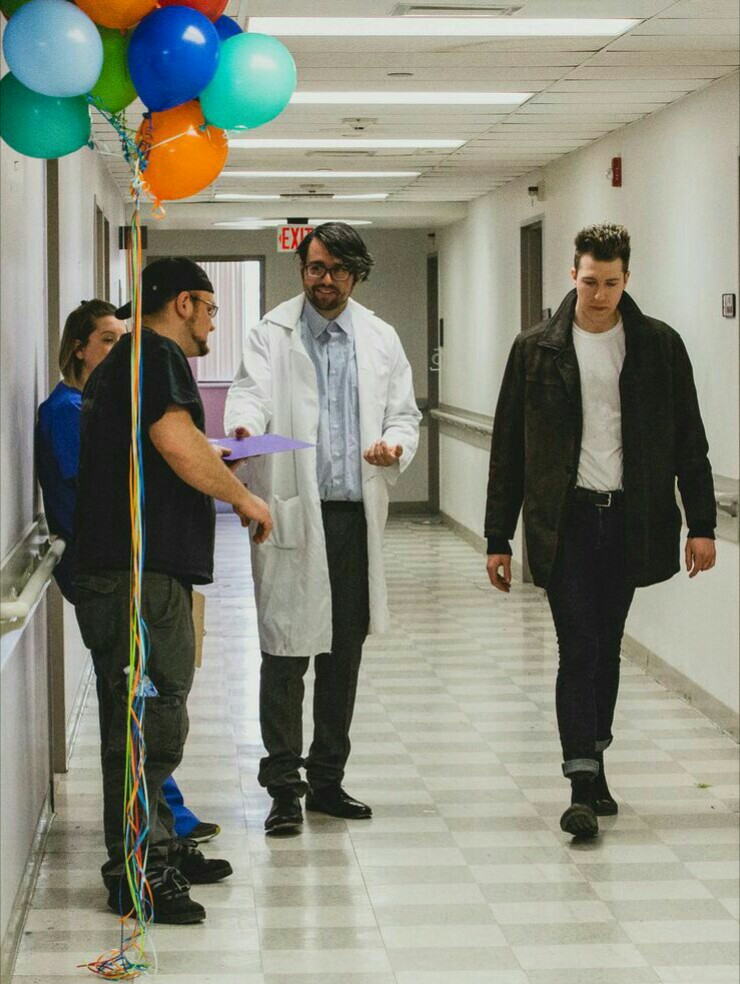 “Alien vs. Zombies” has a run time of 66 minutes and includes an outakes reel and screen tests for Knapp and Tickle among its special features.

You can buy a copy of “Alien vs. Zombies” on the Wild Eye Releasing website.

The cheetah and I didn’t give a rating to this movie,we were poised to try and save our BluRay player just in case……