Welcome to a another edition of “8 Questions with…..”
I’m pretty jazzed up for today’s interview with George Rother. I’m finally getting to talk with a fellow film buff and critic who is very much like myself. And just like most SERIOUS film buffs,George just doesn’t stick with the latest blockbusters or trendy releases,he isn’t afraid to explore quality foreign offerings or B-movie fun. If it can be seen on a screen,George is there to offer fair and quality insight and honestly,one can spend hours on his website Movie Guy 24/7.
I know because the cheetah and I have spent a few visits checking out some classics from days gone by.
George also has a crazy interactive Facebook page with over 10,000 followers who enjoy talking films in a respectful way which is rather refreshing to see. I’ll post a link down below after the interview. But for now,let’s go ask George his 8 Questions…….

My name is George Rother. I am a lifelong movie lover. I started Movie Guy 24/7 in 2010 after health reasons forced me to retire early. I’m primarily a film critic but I do more than review movies. If you go on the Movie Guy 24/7 FaceBook page, I post things daily. I offer up trivia, I ask questions, I give challenges, I put up songs, clips and trailers from movies. I do all sorts of things to interact with my fans/friends.

What makes film so important to you?

Film has been a constant in my life. I didn’t have a lot of friends growing up so I often went to the movies by myself. I got used to it actually. Film has always been a subject of interest to me. Even as a kid, I wanted to see adult-oriented films like All That Jazz, The Rose, Apocalypse Now and Kramer vs. Kramer. Of course, that pesky parental R-rated movie block kept getting in the way. LOL! Anyway, I just felt at home getting caught up in a filmed story. I became a regular filmgoer at 13 and always seemed to know more about movies than other people my age.

Are movies better today then when you started watching them?
What are the three biggest changes besides budgetsand special effects that you like/dislike from films of yesterday and today?

LOL! I hate to resort to cliches but they sure don’t make them like they used to. Most of today’s movies are so impersonal. They’re not art, they’re made by committee. A lot of them are derivative. Comedies aren’t funny anymore; they’re just foul, gross and vulgar. PG-13 horror movies are the cinematic equivalent of watered-down alcoholic drinks. Blockbusters are little more than convoluted, CGI-heavy noisefests. I don’t really care for CGI; it looks too fake. Give me old school practical effects any day. 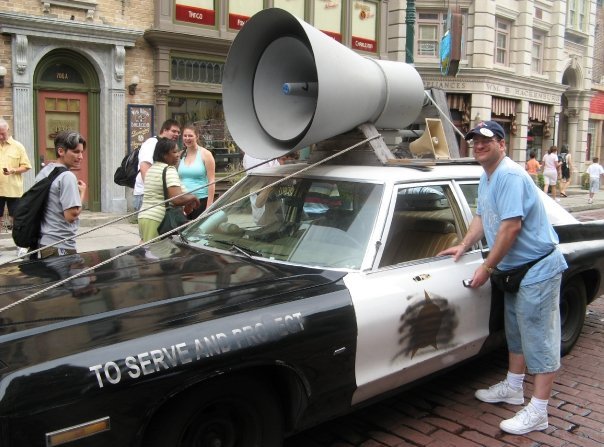 What makes a movie a “classic” in your eyes?

That’s a subjective thing. Everybody has their own ideas as to what makes a movie classic. If pressed, I suppose I’d have to say longevity. Will it hold up 5, 10, 20 years from now? Sadly, not many of today’s movies are future classics.

Did you feel Hollywood has played a huge part in the rise of gun violence
with so many violent shoot-’em ups?

There has always been shooting in movies. Look at the old westerns from the 20s and 30s. Look at the gangster movies from that era. They seemed very violent at the time. Nowadays, filmmakers can get away with showing a lot more. However, I think the depiction of gun violence in film (and TV) has little to do with the rise in real life gun violence. I think it has to do with a person’s nature and/or their surroundings.

What is a difference between a movie critic and a movie buff?

LOL! Why can’t somebody be both? OK, here’s my answer. A movie critic watches a film analytically whereas a movie buff is passionate about film in general. In other words, business vs. pleasure.

What five films/five stars/five directors are you favorites and why?

WOW! That’s a tall question. Let’s start with favorite movies. If you mean all-around cinematic perfection, perfect in every way, I’d have to say Casablanca. If you mean what movie gives me the most pleasure, I’d say the 1982 version of Conan the Barbarian. I can’t really give you a top 5 here so I’ll just give you my favorites in a few genres. Sci-fi: (tie) Blade Runner and 2001: A Space Odyssey, Horror: The Shining, Comedy: A Fish Called Wanda, Cop: Sharky’s Machine, Action: First Blood, Action-Adventure: Raiders of the Lost Ark, Drama: Gandhi and Western: Once Upon a Time in the West. Okay, top 5 (no particular order) lists coming up. My five favorite actors are Jack Nicholson, Clint Eastwood, Steve McQueen, Harvey Keitel and Samuel L. Jackson. My five favorite actresses are Bette Midler, Goldie Hawn, Scarlett Johansson, Audrey Hepburn and Ingrid Bergman. My five favorite directors are David Lynch, David Fincher, Quentin Tarantino, Alejandro Jodorowsky and Martin Scorsese. I don’t really have a reason why other than I like what/who I like.

Is streaming going to kill both the theater experience and pyschical media in your opinion?

I hope that there will always be movie theaters. Nothing matches the experience of seeing a film on the big screen. However, I think more and more small-to-medium budgeted films will premiere on streaming services. It will definitely cut into box office revenue. As for me, I will always see films at a theater.

What five films/fiver stars/fivedirectors do you dislike the most and why?

Ah, my dislikes. Okay, here’s my Top 10 Worst Movies starting with 1979’s Caligula, In my not-so-humble opinion, that is the absolute worst film EVER! It is a vile, disgusting, degrading, depressing and artless piece of crap. The rest of the list is as follows: (2) Basic Instinct 2, (3) Windows, (4) It’s Pat: The Movie, (5) Gummo, (6) Wild Wild West, (7) Baby Geniuses, (8) Knock Off, (9) Dangerous Game and (10) Born American. My five worst actors/actresses: Tom Cruise, Roseanne Barr, Rosie Perez, Ben Affleck and Steven Seagal. Five worst directors: (1) and (2) are Jason Friedberg and Aaron Seltzer, the guys behind lousy spoofs like Disaster Movie, Vampires Suck and Meet the Spartans. The others are Michael Bay, William “One Shot” Beaudine (Billy the Kid vs. Dracula, Jesse James Meets Frankenstein’s Daughter) and William Shatner (ever see Star Trek V?).

Your Facebook page is rising fast in popularity,what makes it such a hot spot for fans?

I guess I’m just lucky. I try to make the page fun for everybody. It’s geared towards movie geeks like myself but I also try to make it accessible for casual movie fans.

What is your impression of TV in general?

For years, I regarded TV as a cultural wasteland. I had no interest in it. As of late, it’s changed a lot. Episodic TV is rapidly becoming popular. Some stories just can’t be told in two hours. Look at Killing Eve and Big Little Lies. My wife and I do a lot of binge watching in the summer. Right now, we’re doing Stranger Things. It’s great. In May/June, we did all eight seasons of Game of Thrones. It was great too.  The other great thing is when a network cancels a good show like Designated Survivor, it might get picked up by a streaming outlet like Netflix. I’d say TV has come a very long way. 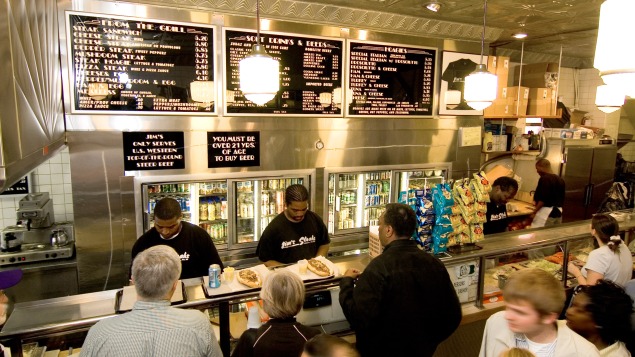 The cheetah and I are flying in to catch you hosting a film festival but we’re a day early
and now you are playing tour guide,what are we doing?

If I was to show you guys around Philadelphia, I’d probably take you to some places where movies were shot. Of course, we’d have to go to Philly’s best cheese steak joint, Jim’s on South Street. After that, who knows? Maybe we’ll catch a movie at one of the Ritz Theaters here in town.

I like to thank George for graciously taking the time to talk film and TV with us today.
The cheetah and I seriously recommend following George’s Facebook page for Movie Guy 24/7.
Tell’em that we sent you…..you won’t be sorry and you’ll be very entertained!
I should have asked George if Jim’s Steaks delivers……..

While the cheetah and I don’t have 10k fans as of yet,we too have a Facebook page called Have Cheetah,Will View which we hope you’ll drop by and join up…

Thank you all for your support,we have a whole new crop of interviews coming including two of my biggest names yet. Stay tuned…….