Checked our email last week and was pleasantly surprised to see a new email from our favorite short film actor,the impressive Timothy J. Cox. Timothy has pretty much always sent us top notch films so we were eager to take a look at “Vera”.

Jack (Cox) is a businessman who travels to Russia and ends up bringing home an unexpected girlfriend in Vera. When Jack takes Vera (Sofya Nova) to have dinner at his sister Laura’s house,things don’t go as exactly planned.
Laura takes an instant dislike to Vera and almost right away begins to needle Vera.
Dinner is tense as Laura (Tatyana Yassukovich) picks something up in Vera’s dining habits which raises her ire even more. When Jack leaves for a moment,Laura and Vera get to know each other and it isn’t a pleasant scene. 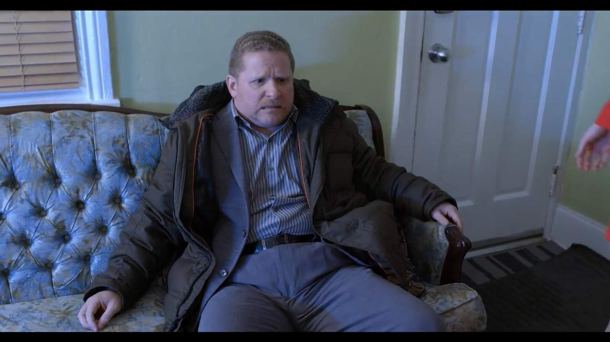 Where as some could see Laura’s reaction as a commentary towards today’s America looking at immigrants,what I saw was a lot more basic. I saw a overly protective older sister reaching a breaking point with her brother’s long history,how to say this gently,of fucking up.
It’s clear by Jack’s reaction that he is used to having his sister clean up his messes but she also takes her pound of flesh in doing so.

This isn’t a easy film to watch as director Dante Iannetta doesn’t pull any punches in letting Laura express her feelings the second she lays eyes on Vera. She knows Vera is only interested into getting into America and while I don’t think she would give a crap if Vera was doing this to a stranger,she’ll be damned if happens to Jack,no matter how dense or lonely her brother is. As a viewer,you feel really uncomfortable watching this unfold and that is exactly what Iannetta is aiming for.

The acting is stellar as all three actors shine. Nova’s Vera is actually a good person,she has no intentions of hurting anyone even though in the long run,that is what would end up happening for all concerned parties.
I enjoyed Timothy’s turn as Jack,a man who just can’t seem to get it right in his sister’s eyes and he comes across as conflicted between having a life and wanting Laura’s approval.

But this is Yassukovich’s movie for sure and her Laura is the most interesting chraracter here. Because this is a short film,we don’t know her back story….is she a widow,spinster,divorced…why is she is so protective of her brother and more importantly,why does she keep saving him from himself? She is clearly tired of it or is it the one thing in her life that she seems to have done right in her eyes?

“Vera”  will leave you with a lot of questions and while that is frustating in the short film format,it works here very well.
The cheetah and I gave “Vera” a thumb/paw straight up.

“Vera” is 10 minutes and 23 seconds long and should be considered “R” language.