A few months ago a fellow film buff gave me a name of a film group called TriCoast and said that they had films that fit right up Paladin’s and my alley…they distribute and promote a lot of small indie films of all genres and he said they were very easy to work with.  So I sent them a email,along with three samples of my work and waited for their response. Well it was a case of “good news and bad news”…..good news because they liked my content but bad news because they only send digitial screeners.
Well,I’m old school and I only do psychical media outside of short films and I know I’m not a large enough site to justify send me press copies so I thanked TriCoast and that was that. Or so I thought…..imagine my pleasent surprise when I got a email from TriCoast and they said they were going to send the cheetah and myself hard copies to review. They didn’t have to do that and I am very thankful that they did.
With all that in mind,let’s go dive in and review our first movie from TriCoast….

The film starts with a flashback of how a boy’s camp supposedly got haunted with several mysterious killings while the credits roll across the screen. One of the killings takes place on 12 April 50 in which a teen is shown being killed and his killing being unsolved.
The opening closes with a sheriff’s deputy finding a locked up car with no signs of either driver or passengers and he calls it in to his dispatcher.
Then we get taken to two days in the past as Liz (Mackenzie Firgens),a young college student who is recovering over a bad break up is slowly waking up. She is really morose and depressed over her break-up and isn’t looking forward to going back. Liz’s mom encourages to get and do something fun and mom will even pay for it. 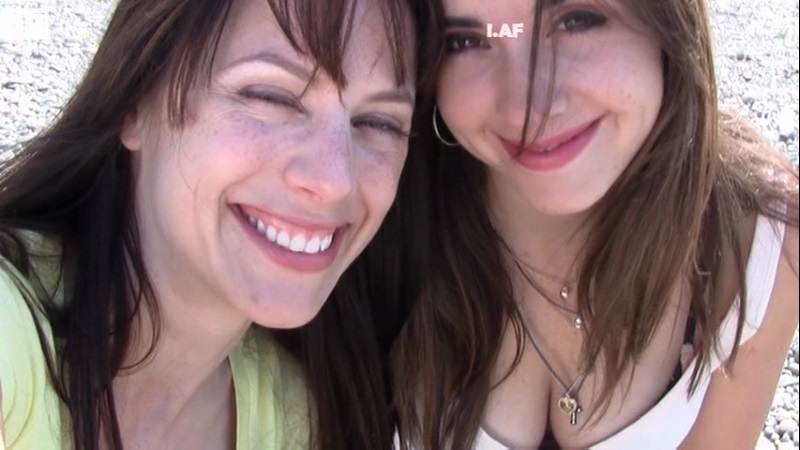 Liz then gets a call from her best friend Ashley (Heather Tocquigny) who attempts to cheer Liz up by saying a boy from their high days,Danny,wants to hang with Liz and they make plans to visit the abandoned juvie building. Liz breaks out her camera and starts to film her day as she gets ready to pick up Anna.
The two girls arrive at a lake and soon Danny (Jake Snow) shows up,they have a beer or two while Liz and Danny warm to each other and Ashley talks to her boyfriend on the phone. Soon the three head in Danny’s SUV towards to abandoned building while Danny starts telling the girls stories about the place. Ashley’s phone dies right before they get to the building.

Camera in hand,the trio “breaks” into the building,they have blankets,flashlights and beer,the staples of urban spelunking. Danny grabs a special item from his truck. Liz keeps asking Danny to tell more stories to scare them in the dark and we find out why the teen that shown being beaten in the credits was killed,he was suspected of killing a popular worker there.
Ashley is feeling like a third wheel so she takes Liz’s phone and climbs up one floor.
Liz takes advantage of that to have sex with Danny…while Anna watches from above.
Then suddenly strange noises start happening and Ashley’s flashlight goes out. As she starts to panic,I felt a huge warm pile of something on my foot,the cheetah had seen enough and he tossed up a furball on my feet and slowly walked away…… 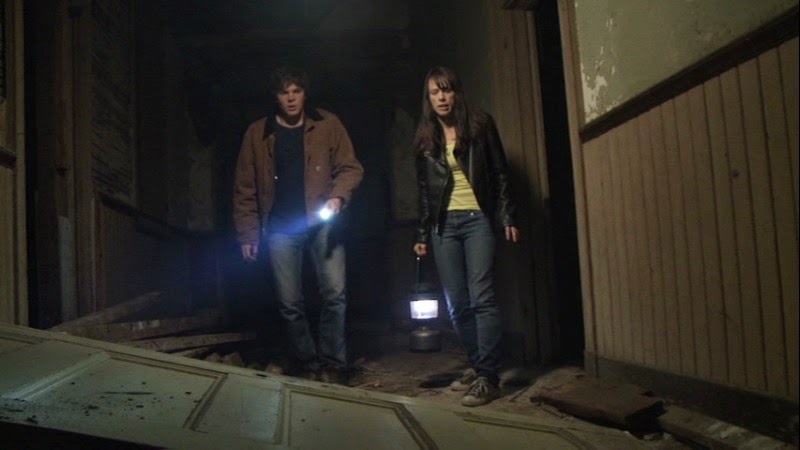 Wow,how do I say this…..”A Haunting at Preston Castle” is easily one of the worst films we have watched not only this year but all years. I want it on record that the cast had nothing to do with why it was bad….nope,we’re fully blaming co-writer-director Martin Rosenberg and co-writer Peter Bailey 100% for this dumpster fire. Watching “Preston Castle” reminded of the scene in “Heartbreak Ridge” when a Marine general asks a new major if he was new to the infantry. The major answers proudly that he came over from supply and when the general asks the major if he was good at it,the major says “Yes,sir!!!”
Then the general drops and hammer and says “Well you should go back because you’re a walking clusterfuck as a infantry officer”.
I say this because both Rosenberg and Bailey have extensive backgrounds on dozens of huge films as a visual effects,modelmaker and cinematographer. So while they are quite good in those films,they had no idea on how to write or direct a film.  They should have just stayed in their behind the camera roles.
There is no pacing,no idea of what kind of genre it wants to portray is it a haunted building story,found footage story,revenge story….and HORRIBLE character development…the worse I’ve seen since #Horror and the worse crime in our eyes,it leaves it cast out in the wind. It turns Liz from a girl nursing a bad break up into a slut,turns an confident Ashley into a ball of nerves the instant her flashlight goes out,remember,she is ONE story up yet she never calls out to Danny and Liz,Danny goes from showing some compassion to an outright coward when Liz’s asks him to walk up a single flight of stairs…..I felt so bad for all three actors,they deserved so much better then this. Tocquigny was the best actor and got saddled with the MOST inane dialogue…I liked her look,she has a nice Eliza Dushku look to her,smart,sassy and sensible,everything she was not allowed to show in “Preston Castle”.

My advice to Bailey and Rosenberg would have been to grab three acting students and shot a short film to see where their weaknesses and strengths were and showing it to their peers for feedback.

“A Haunting At Preston Castle” is rated R for language and has a run time of 82 long painful moments.  There are no extra features.

When the cheetah tried to bury this film in the litterbox,the litterbox kicked it out….saying  it had enough cheetahpoo in there already.

So what has been the last truly Godawful movie you have watched? Drop a comment below and share it with us.