I can hear some of you chuckling when you saw what the cheetah and I are reviewing today. But notice that you are safe at home behind your computer’s keyboard and NOT in front of the cheetah?? Ah perspective……how do I love it so.
But before you think we’re crazy,just remember,the cheetah and I will review ALMOST anything we watch because I could have subjected you to yet another Fantasy Island review,right? So how did the cheetah and I like “The Client List”?

In a small town in Texas a young couple,Rex and Samantha Horton,are struggling like so many families in the recession. Rex’s old football injury to his knee has flared up and he lost his construction job while Samanatha has been a stay at home for their two kids. Now their house is in danger of being foreclosed on. Now Samantha and Rex are heading to the bank in an attempt to save it. Samantha (Jennifer Love Hewitt) dresses herself and Rex (Teddy Sears) up before heading downtown. The couple runs into a more afluent couple who makes a snide remark towards Samantha before heading on.
At the bank,the banker says the bank has no choice but to foreclose but Samantha uses her womanly charms and a sharp memory to get the Horton’s an extra month.  It isn’t very much time and the clock is ticking.
While feeling a bit more upbeat,the Horton’s know they are up against it.
Samantha sees an ad for job at a a massage salon in a town 60 miles away. She is a trained and licensed therapist so she arranges for a interview and drives herself the sixty miles to interview. She gets the job but her elation turns to disgust when she sees what exactly she will have to do in job. Samantha leaves and heads home only for her friend Dee to call her to pick up a drunk Rex at the bar. When they run out of gas and pull into a station,Samantha can only scrape together a couple of bucks to get them home. Completely frustrated,Samanatha calls the salon and says she’ll take the job.
Samantha still struggles with her duties and attempts to help her first client by offering him marriage advice. The man isn’t there for that and starts to leave,Samantha knows if he leaves unhappy,she’ll be fired,surrenders by disrobing.
On her first night heading home,Samantha pulls over and gets sick. She also talks to Dee and shows her the tips she made which is over a thousand dollars! Dee makes her promise to quit once they are caught up on the bills and Samantha agrees. 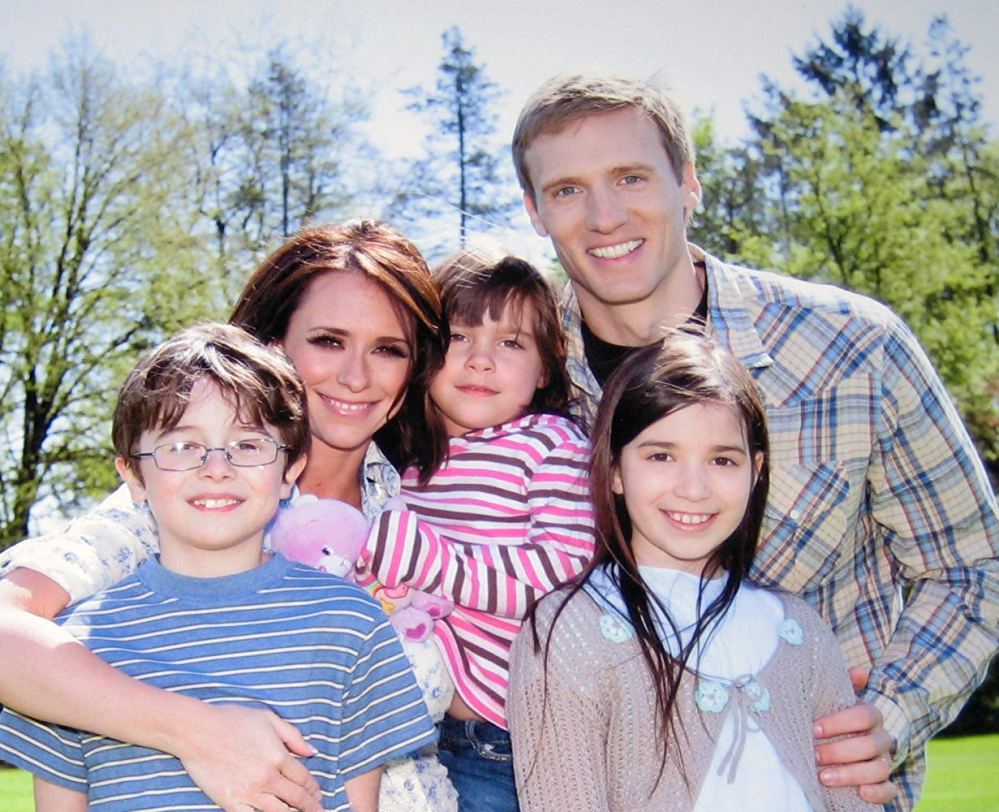 But the money is too good and soon not only are the Horton’s caught up but also are able to get some nice things….a new motorcycle for Rex and tons of toys for their three kids. But the cost is rising for them all….Emma,a young singer who can’t go home due to her family’s religious background is disheartened to her church’s pastor show up. Samantha comforts her and tries to help her by directing her to a church across the street which Emma does.
She also bonds with the sweet and sassy Tanya (the mighty Heather Doerksen) at the salon but the job is now affecting her family,Samantha is getting completely worn down and one of her customers gives her some coke. 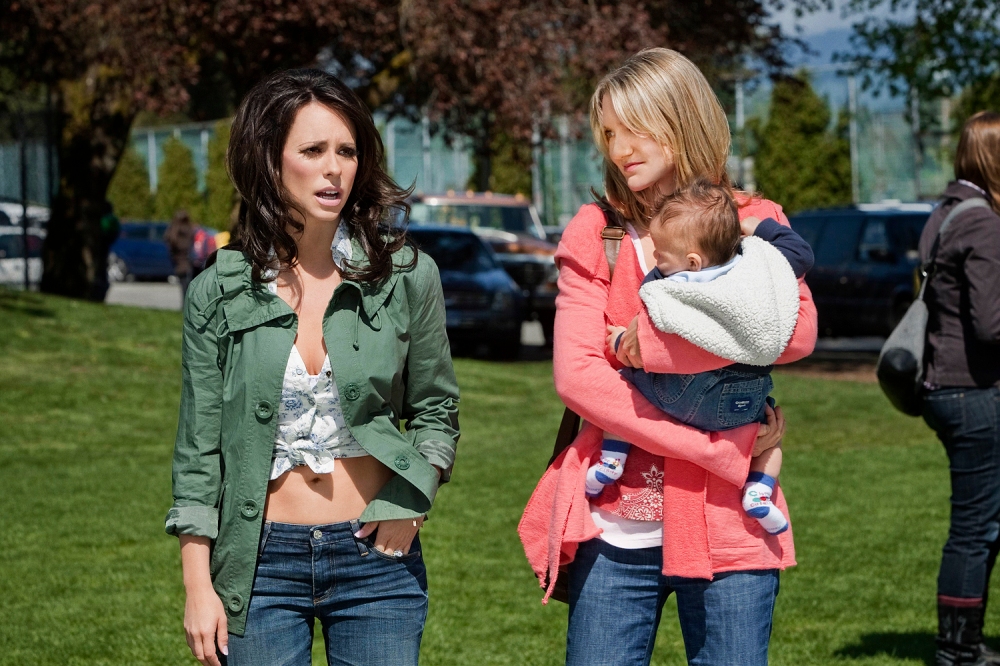 Things continue to spiral and even after Rex finds a job,Samantha won’t quit because of the money. Of course things all come crashing down when a police raid is conducted on the salon and Samantha is shown on TV being among the arrested.
Now Samantha has to face not only Rex but her mother Cassie (Cybill Shepherd) and her fellow friends and neighbor. Samantha is facing a two year jail term but she has card to play to not only save herself but her friends at the salon….. 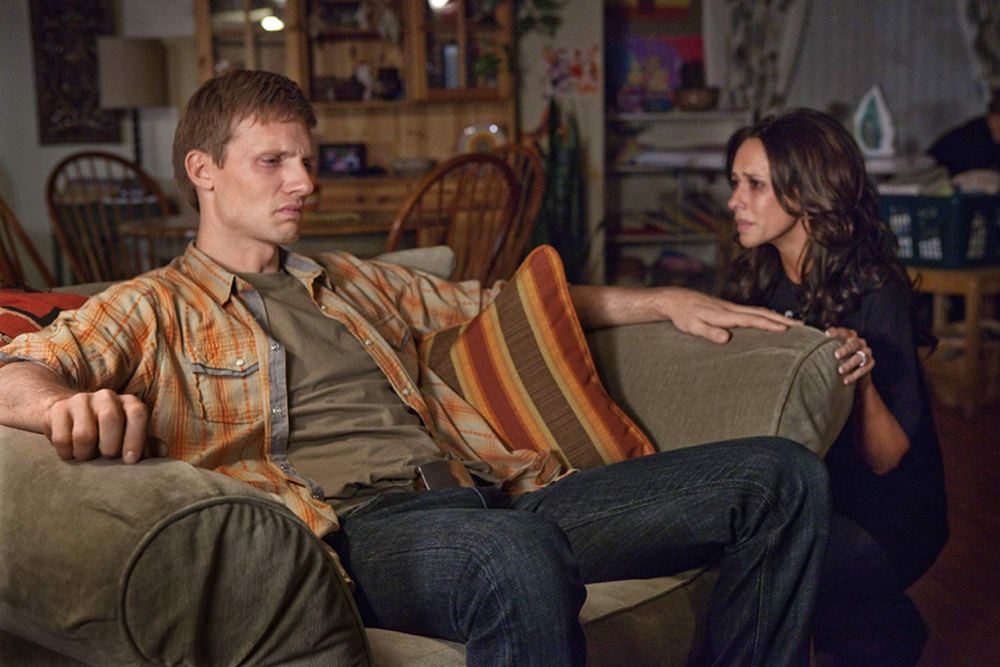 So did we like “The Client List”? Despite it being a pretty simple story with all the usual plot twists,it wasn’t bad at all. Jennifer Love Hewitt had really matured as an actress at this point,she did this Lifetime film after her run on “The Ghost Whisperer”. To be honest,other then watching one episode of “Ghost”,this was the first real film/TV show I had seen her act in and Hewitt can hold her own. She is a perfect TV actress,steady and appealing in just anything she is in. 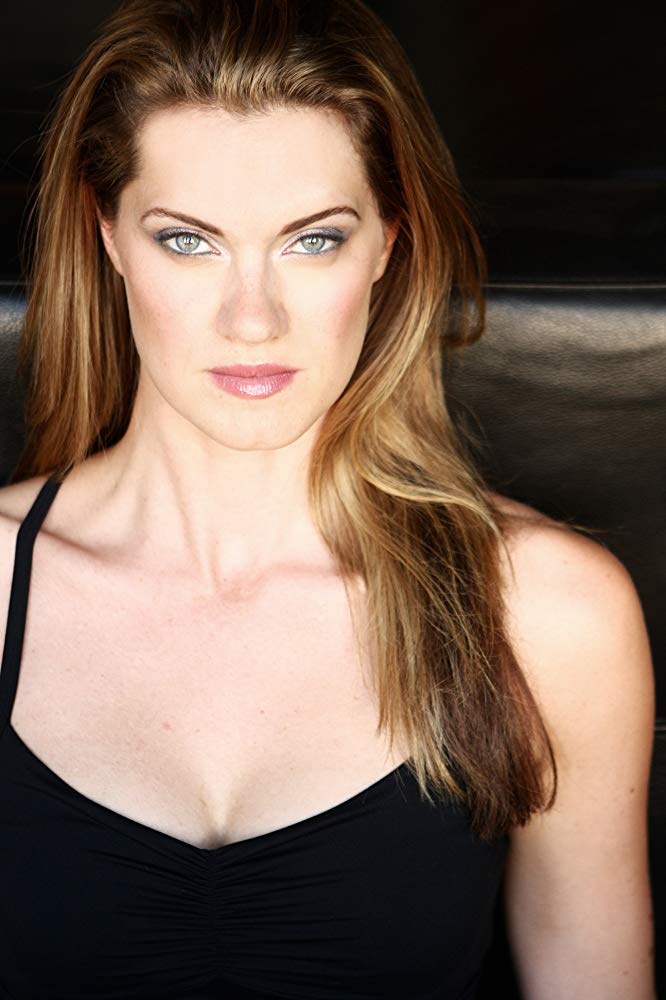 Of course we were pleased as punch to see Heather Doerksen cast as well,she stole every scene she was in and provided some light hearted humor as Tanya. Once again we are left wondering why isn’t she getting lead roles in Hallmark or Lifetime films,she has the acting chops and she is beautiful. Someone give this woman a good romantic-comedy already!!!
The script by Suzanne Martin is engaging enough as it hit its expected bumps,I thought the ending was charming and sweet. Eric Laneuville,who started as an actor,has become one of the best and busiest TV directors today. His films and TV shows are always well made and he gets the most out of every cast and can direct any genre.
I don’t know how or why but Lifetime later ran a short-lived TV show under the same name which while starring Hewitt,had nothing to do with this movie. The series sounds more like soap opera cheese where as the original “The Client List” is solid entertainment.

“The Client List” has a runtime of 88 minutes and no special features. You can order a copy of this film by going to the website of Sony Pictures.

My thanks to Christopher George of “The Movie Sleuth” for the Fantasy Island review.

Thanks for your support and feel free to drop a comment.