Welcome to “8 Questions with……”

In doing this interview series,it is often that I find the folks I chat with here. But once in a blue moon,I will get a email from someone asking me to interview someone they know and whose story they think should be heard. This is how I met our next guest,the lovely Courtney Akbar who is starring in the new horror film “Clown Fear”.
I was pinged by a very cool dude named Phil who asked me if I would be interested in talking with Courtney and I instantly jumped at the chance. I could tell by the way Phil was talking about the film and its cast,he was pretty stoked to help promote it and I could sense the excitement in his voice when he was talking about it. It told me that Courtney is a very talented and hard working actress with a very bright future. I know that excitement myself when I find someone who I think is the next big thing. I quickly put this interview in motion and I really hope you all like meeting Courtney as she answers her 8 Questions……so quit clowning around already and start reading!!!

Please introduce yourself and tell us about your current project.

Hi! I’m Courtney Akbar, thank you for taking the time to interview me today. My latest film, Clown Fear, just released last month in the US by Lionsgate on February 18th! This is a fun horror comedy about a murderous and insane clown family preying on all of the outsiderswho impede into their town. My character, Kat, is the only daughter of the cult family’s leaders, Tiny Clown and Myrtle. Kat doesn’t seem to fit into the family she was born into and has finally reached the crossroads to her future. She is stuck between two worlds wanting to have friends outside of her small town or succumbing to her family’s traditional and murderous festivities.

What was it like growing up in your home? What are your three  fondest memories growing up?

I’m very fortunate to have spent my childhood in the same house with my family in a small town in Massachusetts. My fondest memories growing up are all times spent with my family. Rather than a particular day, I have so many great memories spending summers at the ocean in Rhode Island! My dad isn’t a big fan of the sun so my mom took us on most trips. We basically had a routine of having some friends spend the night, waking up at 5 or 6 am, heading to the grocery store to pack a giant cooler with what we wanted that day for lunches and snacks. We were always some of the first people to set up ‘camp’ in our usual spot in the sand; we would just spend the entire day on the beach walking, swimming, boogey boarding, eating, and napping! Another summer tradition we had as a family was spending a week every summer on a lake in the mountains of New Hampshire. We spent lots of time swimming, going out to restaurants, playing games, walking our dogs, gazing at the stars, and just spending time with each other. 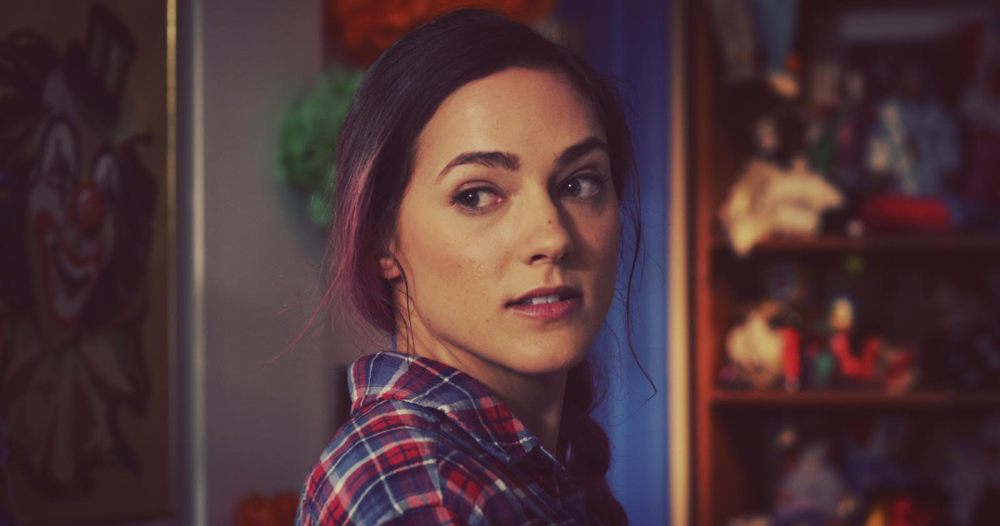 When did you get the acting bug and what was the reaction from your family and friends? Did they support your goals once they saw you were serious about acting?

What was the defining moment you knew you wanted to entertain?I’ve wanted to be an actress for as long as I can remember, I was always drawn to the arts. I remember all throughout junior high and high school I would talk about moving out to LA to become an actress and I don’t think anyone really knew how serious I was until I actually made the move. I have so much support from my family and friends with my career that it’s really humbling to see how many people get pleasure out of seeing me succeed and being happy living my life the way I’ve always wanted to. 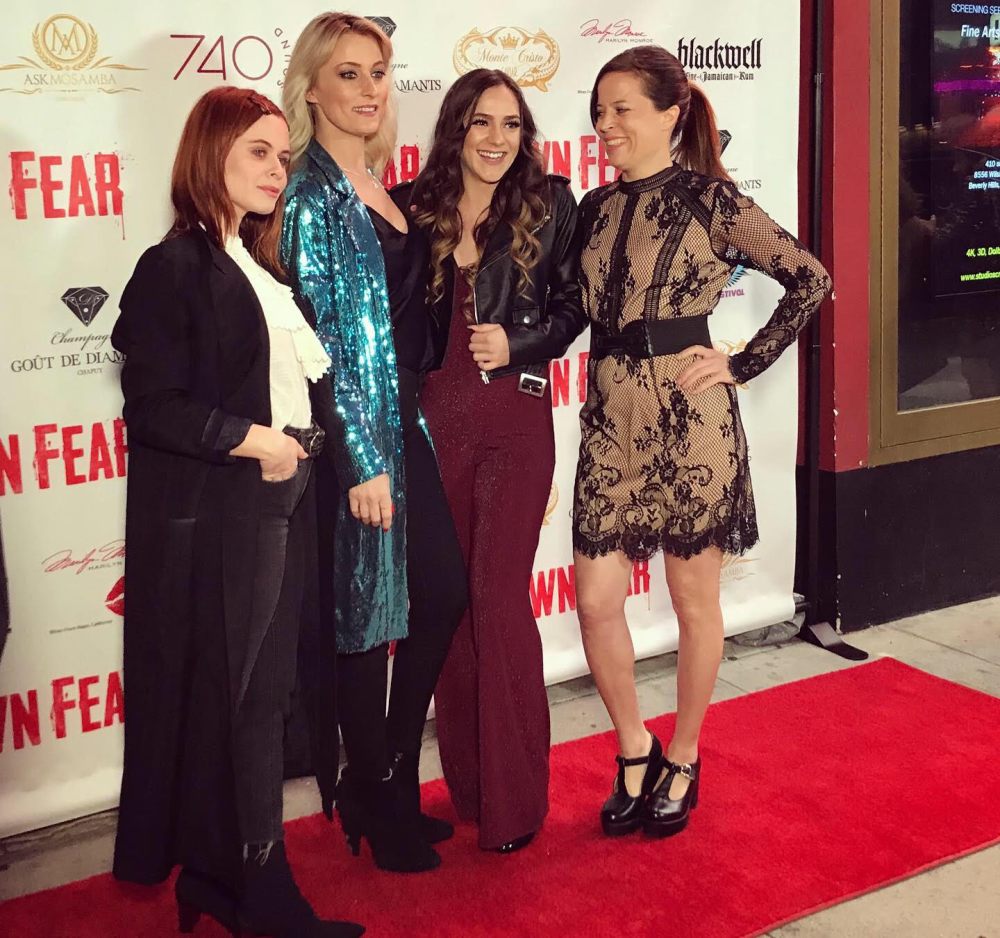 What was the first film you did as an actress and what left an lasting impression on you from the experience?

The first film I worked on as an actress left a lasting impression on me by teaching me that sometimes you really just need to be at the right place at the right time. I was hired on the film “Assassin X” to be the assistant production manager and ended up being asked to take a small role in the film! That’s also when I learned my skin is sensitive and I broke out with a horrible bumpy rash all over my face as soon as the scene was over! So embarrassing *lol*. 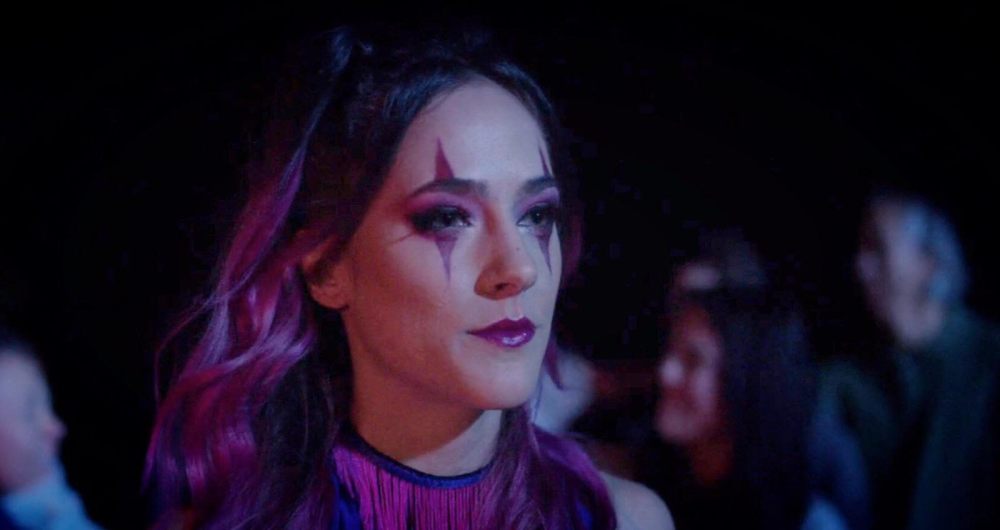 What draws you to horror? What do you look for in a horror script before taking the part?

I’m a big fan of watching horror movies myself which makes filming a horror movie even more fun! I love the adrenaline that comes with watching a good, scary movie. Horror is usually my go to when browsing to pick a movie. Before taking a part in a horror film I do look for a good storyline in the script and that my characters have substance to them. 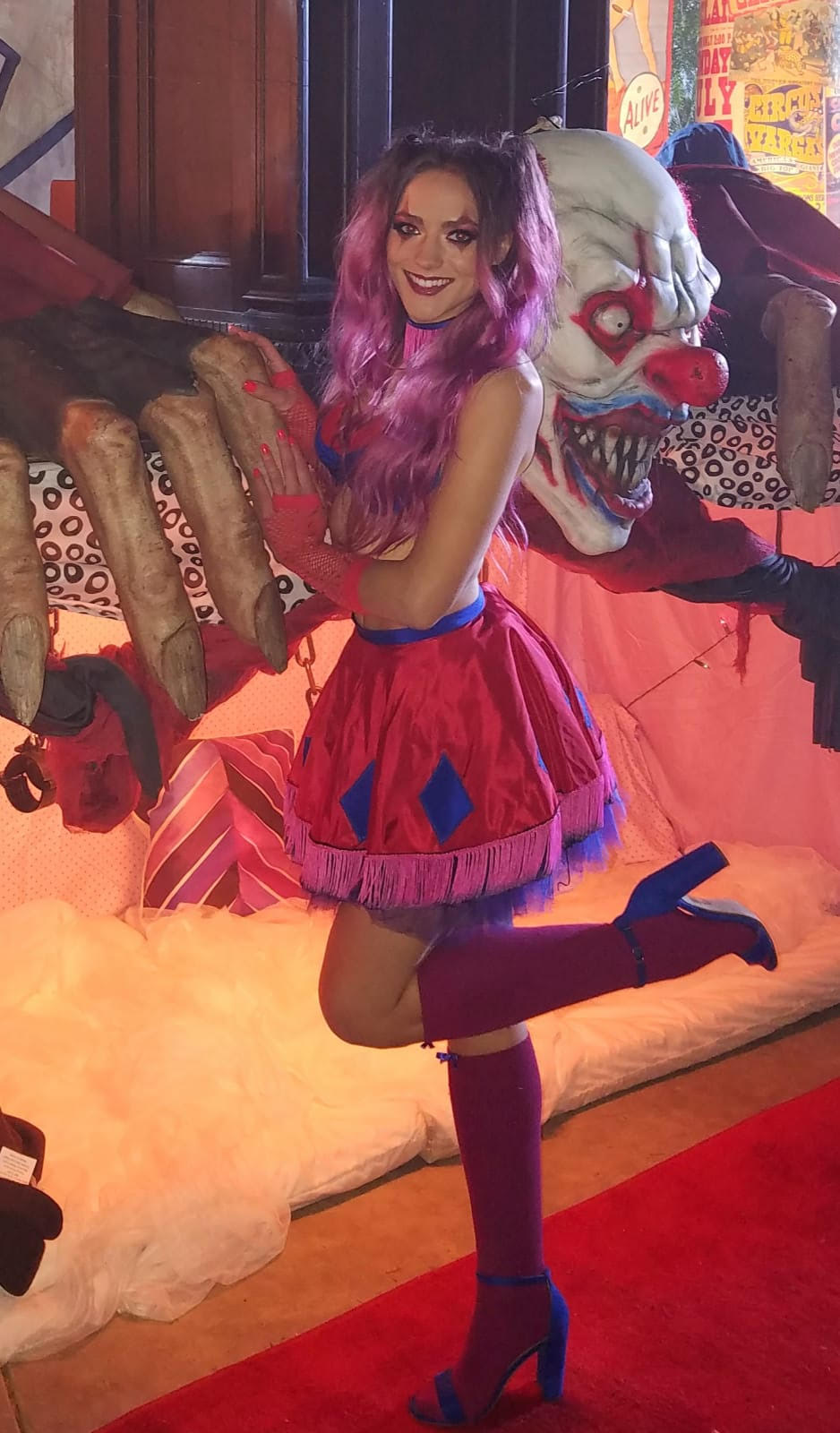 Is there a creative limit in what you’ll do in a part? How do you handle any “last secend script changes”?

Fortunately I haven’t come across a scenario where I have discovered a creative limit for myself. With my experience in filming there are always last minute script changes, large and small. As an actress I am flexible and have experience adapting to changing scripts due to last minute reasons. I do my best with this wild career that I love!

Why do you think people are scared of clowns and are you yourself scared of them?

I think some people are afraid of clowns because they’re people in disguise and the face of a clown can carry many different emotions. Having your face heavily painted is almost like wearing a mask, making you unidentifiable and mysterious. I’ve only had a few interactions with real clowns in my life and none of them were bad so no, I am not afraid of the standard clown. But, if I were to see a dark, purposefully scary looking clown I definitely wouldn’t run up and say hi! I think the Clowns in Clown Fear will definitely give people with coulrophobia nightmares.

What is the state of the indie film community in your opinion? Is there more work because of streaming or less because of the competition in getting roles?

I feel as though streaming has become a double edge sword for the indie film community. It’s absolutely a lot easier to get your content out and available to mass audiences globally, but with so much competition it’s never a guarantee that your project will get picked up or become hugely popular by one of the major platforms. I think the benefits of streaming outweigh any negatives as we do have the demand for more content now, more than ever.

How do you prepare yourself before a day/night of shooting? Do you have any routines you do?

How I prepare myself is different on a day to day basis depending on the scenes being shot. If I have a heavy scene with crying then I like to spend my day rehearsing somberly, in contrast to shooting a party-like scene I would spend my day blasting music lightheartedly. I like to rehearse a ton and know all my lines and which scenes I have for the day/night ahead of me, along with any questions or ideas I have for the director and my co-actors. I don’t have a set routine but I like to include facials, manicures/pedicures, plenty of sleep, and lots of studying and research on my role! 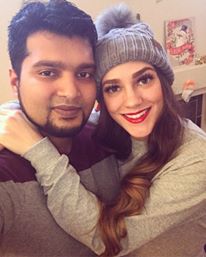 What do you like to do for fun when you are not working?

Some of my favorite things to do for fun are going to the beach, going on hikes, watching a movie or tv series with my husband, playing with my Pomeranians, baking, and photo shoots! I’m happiest when I’m with my family so even a simple trip to Target with my husband can be fun for me!

The cheetah and I are flying over to watch your latest film but we are a day early and now you are playing tour guide,what are we doing? 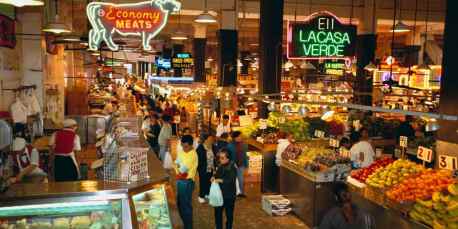 Definitely brunch in Santa Monica followed by a walk on the beach! Then maybe hit the Grand Central Market for a coffee and some more food! We could end the night in Hollywood at a comedy show or concert, or anything else you & Cheetah would like to do! Oh, we can’t forget a quick stop at the infamous Hollywood sign for a picture!

I like to thank Courtney (and Phil) for taking the time to chat with me. But we ain’t done with “Clown Fear” just yet,we have a couple more surprises up our sleeves for you so stayed tuned.  You can currently buy “Clown Fear” at WalMart and Best Buy.  I’m sure that you’ll agree with us after you watch it that Courtney’s star is on the rise.

You can see what Courtney is doing next by visiting her IMDb page.
You can follow Courtney on her InstaGram.

If you’re new here to the “8 Questions with…..” interview series,you can quickly catch up by going here. Thank you for your support and please feel free to drop a comment below.