While sitting at my desk and trying to write anything,I got a nice email from a gentleman named Steve Herold,a indie filmmaker who was living in Baton Rouge,Louisiana when he made this short film about a poor soul named Stanley Grimp who works as a door-to-door umbrella salesman.
I whistled for the cheetah and he came bouncing up the stairs. What I DIDN’T tell him was that this film was filmed in Louisiana because you know what happened the last time we watched a film from there!!!
As it turns out we didn’t have anything to fear as “Death of a Umbrella Salesman” is quite a quirky little charming comedy with a slightly darker edge.

Stanley Grimp (Kevin Kolack) is a door-to-door umbrella salesman having the day from hell. Not only is he not having any luck selling a single umbrella,his ex-wife is hounding him for alimony payments and he is so broke he hasn’t eaten a real meal in over a day.
Stanley who is usually a very upbeat fellow is shown slowly being broken down in a single day. His run-ins with the various people he meets on a typical day has worn him down so much that when Stanley meets the one lady who wants to help him,he goes a little nuts and chases her away.
Finally Stanley has reached the end of his rope and comes up with a plan to change his future once and for all….

“Death Of A Umbrella Salesman” is a nod to of the famous Arthur Miller play “Death of A Salesman” but played for laughs as written by director-co-writer Steve Herold and co-writer James L. Palmer. Placing a man in a very dated profession in the modern world is a interesting idea,while I don’t think this is what Herold and Palmer were aiming at,it is also a commentary about businesses who failed to keep up with the tech advances and how their outdated business models led to their demise. I think filming in black & white was a nice added touch. 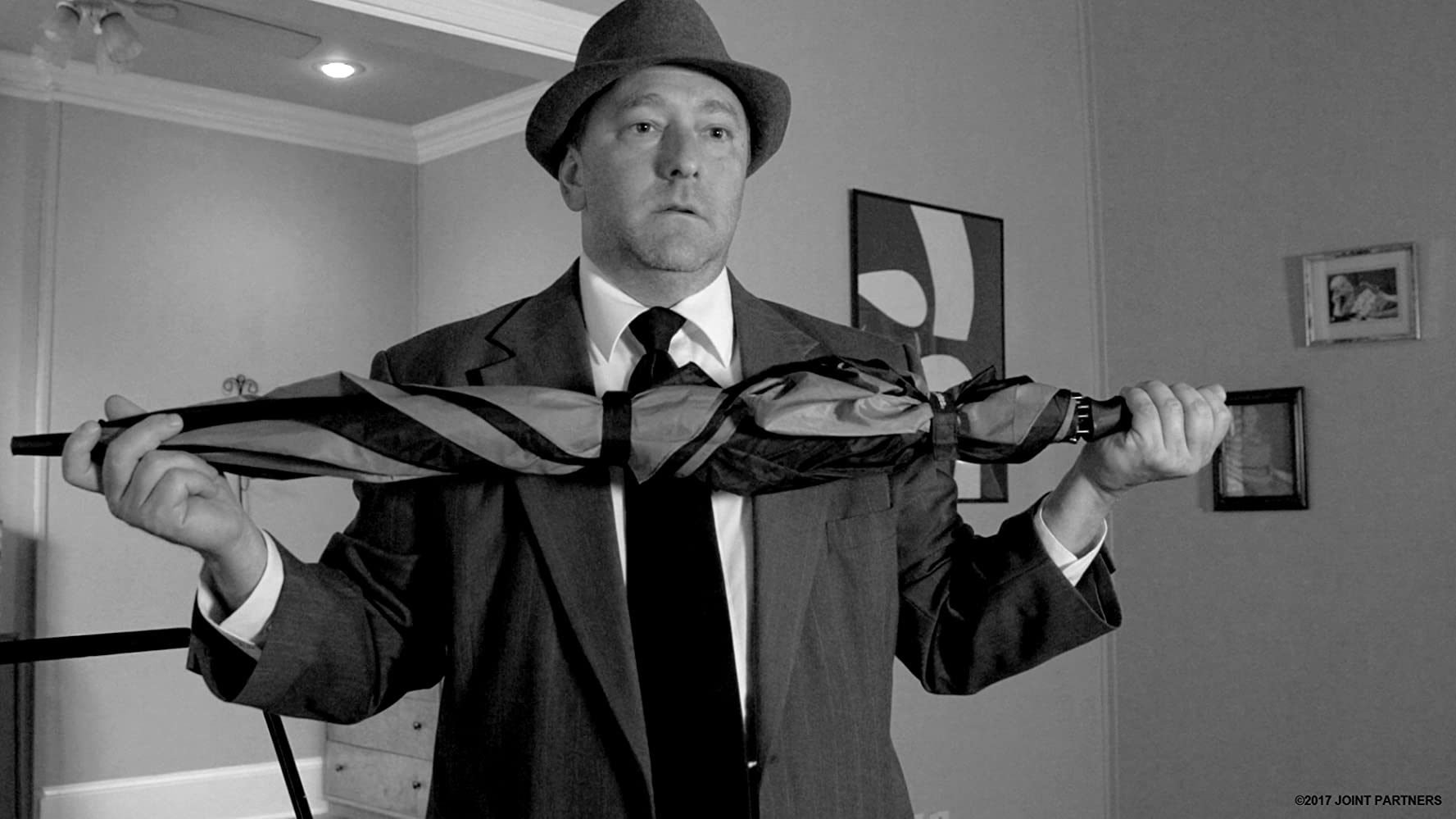 Kevin Kolack gives a fine performance as Stanley,a man out of time who believes in the product he is selling which makes his plight all that more funny and yet also a little moving. Watching Stanley slowly unravel isn’t quite the comedy I think Palmer and Herold were aiming for. I think its because of how sweet Stanley is portrayed,you’re not laughing at him but you do have empathy for him.
“Death of A Umbrella Salesman” has a run time of 17 minutes and would be considered for a “R” rathing for strong language.

You can watch “Umbrella” on Amazon Prime by clicking here.
You can also visit JP Film’s website by going here.


What short film have you watched lately? Drop us a comment below and let us know.