Back in another life,I used to work at a club in San Jose,Calif called Marsugi’s.  While it was known as a punk rock club,we used to host a poetry night there as well. We had some fine poets and performance artists and that led the organizers of a slam poetry event to ask if Marsugi’s would host two of the opening rounds. Of course we did and then a bunch of our own poets asked that I be one of the judges. Now,I had no idea they did that and I certainly didn’t feel I was qualified but I ended up in the judges table and it was there I saw my first spoken word performances.

I brought up that story as way to start our review of “To The Next Girl”.
“To The New Girl” which seems to be inspired by the “Cellblock Tango” from the film/play “Chicago”,showcases various women addressing their replacements so to speak. If you have forgotten about the “Cellblock Tango”,it had the various women on death row,do a spoken piece about how they ended up there. Each woman would tell their story while also doing interpretive dance before picking up the Cellblock Tango song. Quite honestly,its the best part of the film as well.
While “Girls” doesn’t do that,it does feature very similar music as each woman comes to the mic and speaks her piece.

10 different women enter a small space that is darkly lit and one by one they come to the stage to address the new woman that she is being replaced with. Some do via by reading letters,others doing via what they are wearing and one speaks her mind while standing in the dark.
It feels weird as a male to watch this film,I mean,I really liked it a lot but holy crow,I wish writer Samantha Macher had saved some of the heat for the lying,cheating,POS men who are equally responsible for the pain these women are feeling (well,except for Harriet). But I can also understand why she didn’t and quite honestly,its that more powerful as each scorned woman gets a crack at the mic and cuts COMPLETELY loose.

But one thing I liked about Macher’s script is the fact that while each of the women are speaking from the soapbox,their hands aren’t entirely clean,if you truly listen to what what they are saying,in many cases they are addressing themselves even if they don’t realize it. It makes the pieces all that more powerful.
There are 10 segments in the film and while I first thought the women presented were spoken word artists,it turns out that they are all actresses and after watching “Girls” three times,we can tell you they are all amazing.
The three segments that stood out the most for me were the following:

Elissa (Samantha Carro) – Elissa is dressed in her wedding dress as she addresses her husband’s mistress who he reconnected with at a school reunion. The couple hasn’t even been married 5 years and as their anniversary is coming up,Elissa makes it clear she won’t be there for it because she’ll be dead.

Harriet (Leslie Simms) – Married for 57 years,Harriet’s husband has Alzheimer’s disease. While he has forgotten Harriet,he has somehow connected with a volunteer and Harriet writes her a letter explaining how Harriet first met her husband and how she knows she has lost him.
She writes this letter knowing she (Harriet) won’t be coming back to see him anymore.

Bethany (Skyler Vallo) – This was the funniest segment by far as a right wing megachurch wife discovers her husband is having an affair – with a man named Trevor. Bethany explains how she and her husband met and how she slowly discovered her husband’s real nature. Bethany,with some wisdom from her momma,decides to tell Trevor how this affair is going to be handled and how both wife and lover will get the best of both worlds. 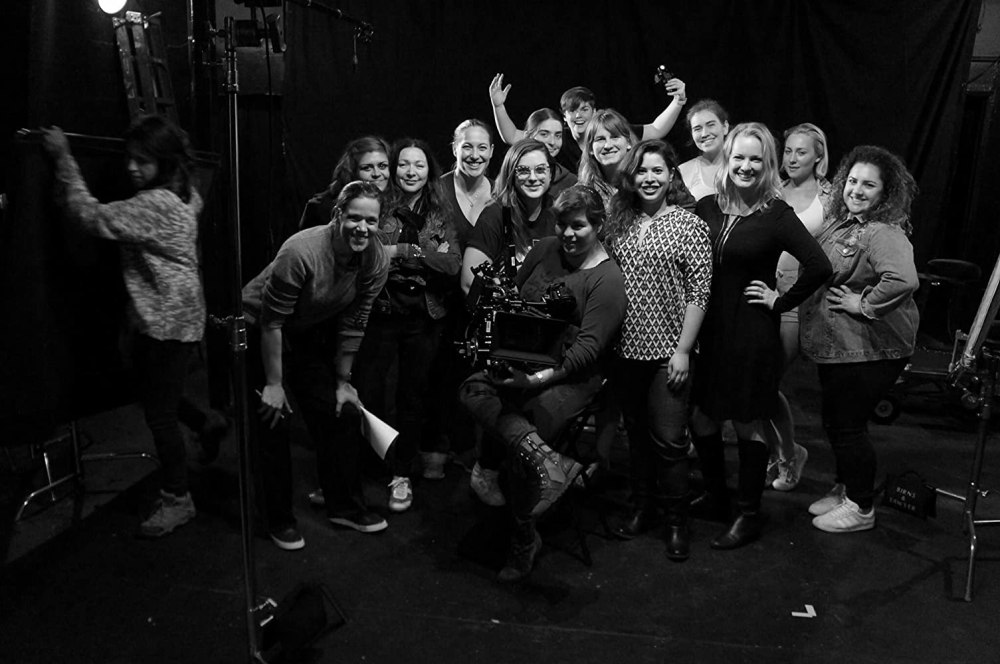 The whole cast deserves the highest praise because doing spoken word is much harder then what it appears to be. Directors of performance Aurora J. Culver and Ambika Leigh delivered 10 superb performances that brought tears,laughs,anger and scares,this is one of the best films I have seen this year and I hope I see this kind of film again rather soon.

You can visit “To The New Girl” website to see the trailer and read about the film,the actors and the creator of the movie.
“To The New Girl” has a run time of 80 minutes and is rated “R” language. It will drop on Amazon Prime on 11 August 20.

The cheetah and I gave this 2 thumbs/4 paws straight up.