You ever have one of those moments when you pop off a smart-ass comment and think you’re so clever? Yeah,me too. Now you’re asking yourself “Just what did he say that backfired on him ?”
Well since you asked,let me give you a brief recap. Now if you read my last review of “Baby Frankenstein” (which I hope you did) you know that I commented that many horror fans love Wild Eye Releasing films and have started posting video reviews on Wednesdays.
Well our guest reviewer,Wild Eye Guy 85 went beyond that and start a channel dedicated to only reviewing Wild Eye Films. He post what he was doing as he started to hype up his new channel. The cheetah and I subbed right away because we wanted to see which films he was going to review first.
Being that Wild Eye Guy 85 wanted to include his new subs,he asked us which movie he should review first and by now you’re getting the idea where this is headed…

But first,a small history……about 4 years ago,I discovered my video store,Family Video. I started becoming a regular customer once I found out they sold movies and that their prices and selection were very good. I would visit the store about once a week,more when they had a 10 for 10 sale. Many of the films I bought (and still are) were blind buys. A blind buy is when you buy a film without knowing nothing about it….no cast,no director,no studio. This is how I learned about the various film houses and studios that are out there. This is also how I learned about Wild Eye Releasing. 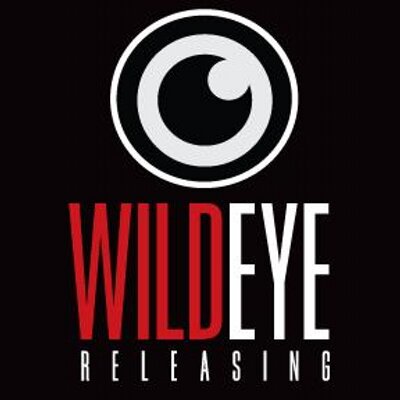 I was at Family Video with my pal Catfish and we were looking for new films to pick up. It was there that I saw one of the best covers I had ever seen on a DVD. The movie was called “Bigfoot vs. Zombies” and that cover was so damn cool,it reminded me of a comic book cover then a indie movie. I showed Catfish and he agreed that cover was killer but Family Video only had one copy.
I think a couple of months after I bought “BvZ”,I was in the mood for a good creature feature and so I went to basement and grabbed this film and put it on.
I wish I could express just how completely letdown I was when I was watching this movie. Quite simply,it’s one of the WORST films I have ever watched. It is beyond bad,way beyond bad. I think I only lasted 30 minutes before taking it out.
My copy of “BvZ” ended up landing in Catfish’s collection……

So back to Wild Eye Guy 85’s question about which film he should review first.
Instead of mentioning all the films the cheetah and I liked as suggestions,I popped off and suggested he watch “Bigfoot vs. Zombies”. Well,he took my suggestion and suffered for it. When I watched his review,I actually felt really bad because he lost about 80 minutes of his life that he can never get back.
The cheetah suggested that I make it up to Wild Eye Guy 85 by showcasing his review and encourage our readers to sub to his Wild Eye Guy 85 YouTube channel and of course the cheetah always comes up with the best ideas.

So that being said……we hope you’ll join the cheetah and me in subbing to Wild Eye Guy’s 85 channel for all things Wild Eye Releasing. You can sub by watching his review above and then hitting the Subscribe button.

You can subscribe to our channel as well by going here.