So I have some very exciting news…..the cheetah and I are happy to be reviewing films from Oscilloscope Laboratories,an independent film distribution company. I have known about them for a little while now. But what perked my curiosity is when I saw their press regarding their latest release “What happened was……” a film from 1994. I had recently picked up a mini-series from a Dollar Tree sale called “The Beast” which starred Karen Sillas and William Petersen I had mentioned that Karen was really high profile in the 90s and then she pretty much faded away. When I saw that Karen was in this film,I reached out to Oscilloscope Laboratories and asked if I could review this movie. They agreed and so we are…..ready to talk about “What happened was….”

Jackie (Karen Sillas) is getting ready for a first date with Michael (Tom Noonan) who works with Jackie at a law firm. Michael is a paralegal and Jackie is an executive assistant and they interact on a daily basis and Jackie decides to act on her growing attraction to Michael.
The night of the date,Jackie is trying to make everything perfect,the perfect food and the perfect look. She drinks a bottle of wine while trying the perfect outfit. She goes through her entire closet but decides to stay with what she has on. She puts on some music and tries to relax but when the buzzer to her apartment rings,Jackie panics and tries to tidy up her place. In her frantic moment,she breaks a figurine and puts the pieces in her fish tank.  She is clearly nervous.
She opens the door and in walk Michael who is carrying his briefcase. He is older then Jackie and looks rather skinny. He is nicely dressed and has a quiet speaking voice. He offers Jackie a bottle of wine and that is the last normal moment of this date.

The rest of the evening is filled with missteps,untimely bad jokes and trying to be open with each other while at the same time holding each other at bay. We slowly learn while Jackie looks up to Michael because he is a paralegal and has attended Hardvard while writing a book,its really Jackie who far more socially advanced and creatively as well.
As the couple slowly talk,we feel that dynamic change and when Jackie admits she is not only a writer as well,she has even published a book as well. When Michael hears that,his slightly patronizing tone that he has shown all night starts to fade but Jackie realizes that while she had high hopes for a future relationship,Michael is not for her. A little too late,Michael tries to explain who he is…..he realizes just how terrific Jackie could have been for him but his being his worst enemy has derailed him again…..he wants a second chance but is Jackie willing to give him that chance…….. 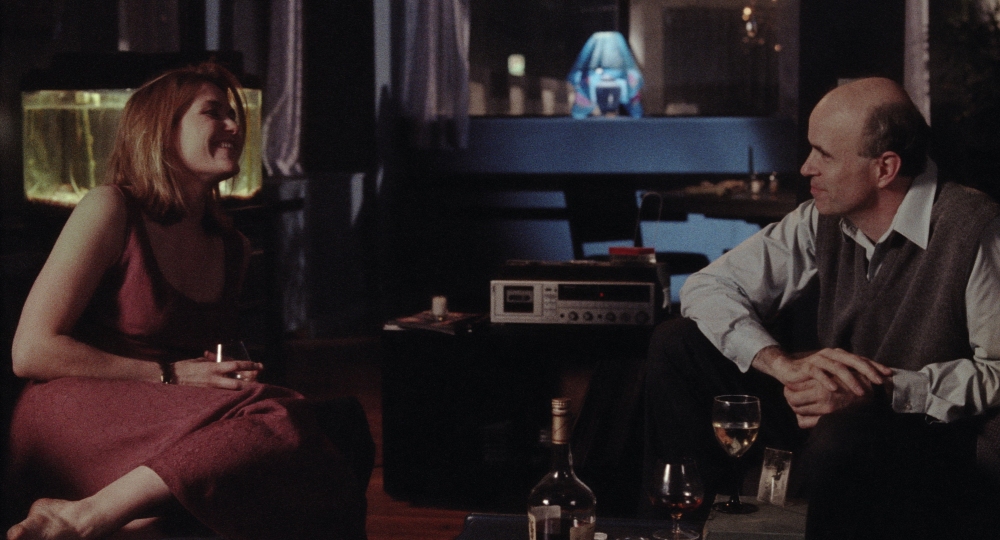 “What happened was…….” is a two character film,it come across as a filmed play and it is excellent. While we supposed to be watching two socially awkward people in their late 30s and early 40s stumble through a first date,it really isnt so. Only one is awkward and the other is just lacking self-confidence. Jackie tries so hard to connect with Michael but we see its not so much as an attraction as it is loneliness. She laments the fact that no one asks her out but it isn’t for the lack of being able to but Jackie has high standards,she respects intelligence and education and being creative. She also is beautiful but her self-confidence doesn’t allow her to see this. We see she is very artistic,she loves to read,listen to good music and write. But her loneliness is starting to affect her as we see in her drinking throughout the date. 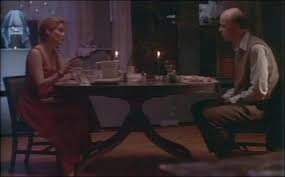 Michael was once a vibrant young man….he always feels he was the smartest man in the room until he realized to his dismay that he isn’t. He didn’t finish Harvard or get his law degree. He is shy and thinks he is witty but he is awkward and uses his early education in an attempt to protect himself from being exposed. He carries a briefcase everywhere to help with the fascade and where Jackie is lonely,Michael is both alone and lonely and he can’t figure out why that is.
Tom Noonan wrote “What happened was…….” as a play and then translated it to film,just like Samantha Macher did with “To The New Girl“. Noonan is a very generous writer here as he really allows the spotlight to fall on Sillas and she just rocks it as Jackie. In watching this movie,I found myself asking yet again “Why isn’t Karen Sillas a major star”? I just loved her performance here and loved her Jackie. This isn’t a criticism but Sillas is too pretty as Jackie,one just has a hard time seeing her struggle in finding dates even with her high standards. But she shows Jackie’s soft and vunerable side with grace and sadness.

Noonan,who has quite a career,does a masterful job as Michael. As writer-director as well as acting,he makes Michael someone you care about and you both feel sorry for him yet you want to yell at him to wake up. Acting superior when in fact you’re not is not a good look and when you are exposed,well,it just leaves Michael just as he describes his life,he is broken and he has no real direction.
It’s terrific piece of acting from both actors and its no wonder they were both nominated for Independent Spirit Awards for Best Actor and Actress. It was nice seeing a movie about adults and relationships being handled in a honest and frank manner. We need more movies like this. 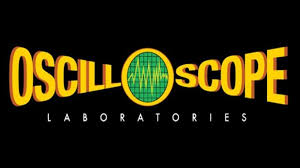 “What happened was…..” has a run time of 91 minutes and is rated “R” language. You can buy a copy of this gem of a film at the Oscilloscope Laboratories’s website.

The cheetah and I both gave this film two thumbs/two paws straight up.