Last week I was doing my prep work for a pair of interviews and another review when Silvio Wolf Busch sent me a note and a link to a short film he had done called “Guest of Honor”.
This film is set in World War Two and it is based on the true story of Margot Wolk,along with 14 other prisoners,were forced to taste Adolph Hitler’s meals in case they had been poisoned.
In “Guest of Honor” we get to see how it was for Wolk(she isn’t named but its her) and her fellow “tasters” and the absolute terror and horror each time they have to sample Hitler’s food. 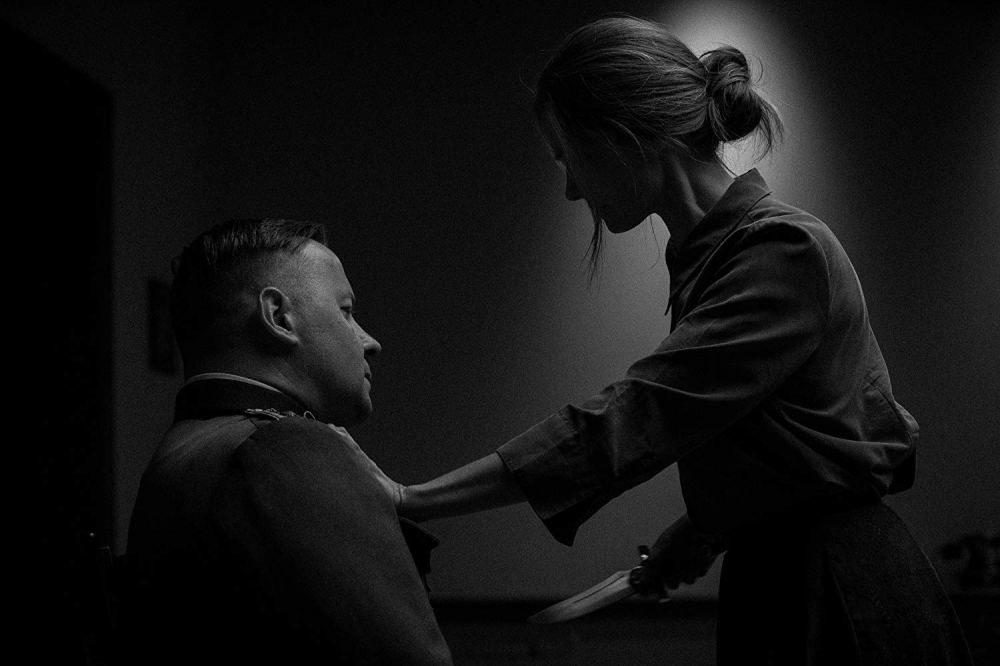 The tasters are heavily guarded and are overlooked by a Waffen-SS officer (Busch).
As the unamed woman (Stefanie Butler) is tasting Hitler’s food along with other women,one is indeed poisoned and the German officer yells “How many times does this make???” in regarding attempts on Hitler’s life.
The tension is slowly increased as the German officer engages the women with questions and stories as they continue to forced as tasters.
But when the Red Army approaches, things begin to unravel and the tasters are left to an uncertained fate as Hitler has left for Berlin……

At a mere ten minutes long,”Guest of Honor” is such a powerful and well made film.
It captures the terror of the prisoners,the fanaticism of the Nazi Party and then as the Russians approached,the cowardice of those same officers in commiting suicide.
Written and directed by Justin Robinson,this is one of the most haunting stories I have watched in a long time. 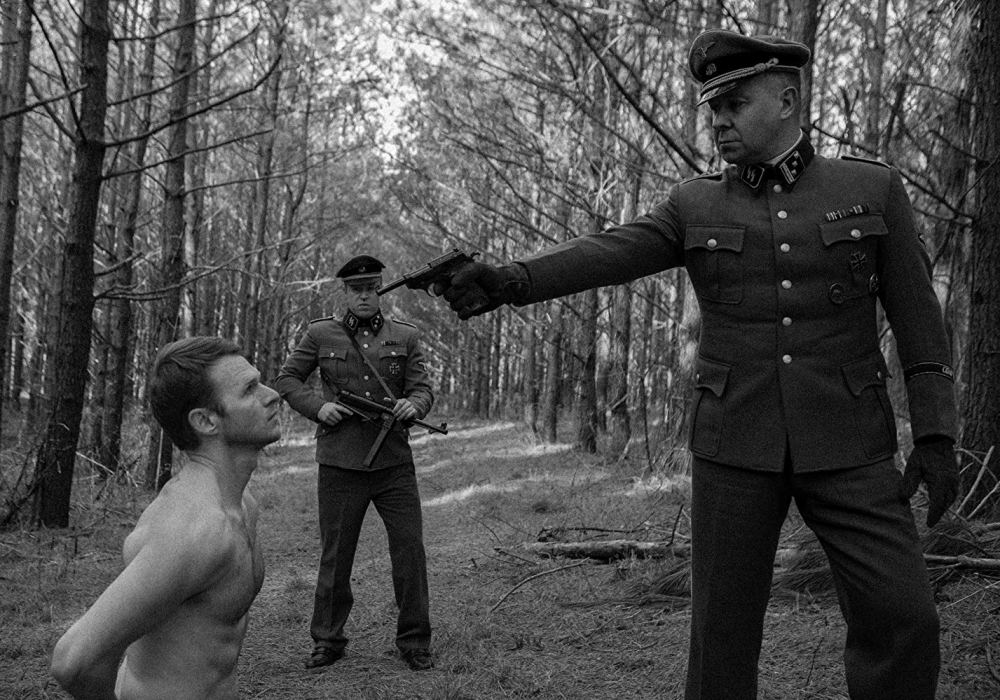 Reading about Wolk’s ordeal only enhanced and mangnified how how horrible these women suffered.
The acting is brilliant,Butler and Busch‘s cat and mouse is at 10 even before you even see both actors square off over a small table in a small room. I wonder how hard it must have been to have to act out such a slice of infamy like this,I have nothing but respect for both Busch and Butler.
The film is smartly filmed in black and white by cinematographer Brent Christy.
The production values are spotless as the uniforms and weapons are spot on and all parties speak in German.

I’m including the “Making of…..” video of “Guest of Honor” as well.

You can also check out our review of the powerful short “Toyland” that we covered.

I cannot urge you enough to watch “Guest of Honor” and to remember this country fought and bled to stop Nazi Germany. Don’t allow America to be on the wrong side of history in this manner.

The cheetah and I both give “Guest of Honor” a thumb/paw straight up.