Welcome to “8 Questions with….”

For this edition of “8 Questions with….” I decided to take a different route,instead of finding my interview guest on FB,I decided I would select an interesting person from Twitter.  As I was scrolling my wall,I started noticing a handle called “!!Coby Creatiions!! and decided to check it out and see who this Coby was.
My first instinct was Coby was a artist and I have been hankering to talk with another artist ever since I chatted with Louie De Martinis but artists are hard to pin down (yo,Meaghan!!) due to the nature of their work. So asked I asked Coby if he would be willing to talk about his work and himself,I wasn’t expecting such  a quick reply when he “Sure”.
I found Coby to be a very pleasant and cheerful person to chat with and that while he is a very good artist as shown by two pieces in the interview,his main passion is writing.
He is currently in the middle of writing a novel which is never a easy task and when it gets a little heavy,he pops out for a little California sun.
Coby recently started a blog and has started posting his stories and updates there. I provided a link below.  But before you head for the blog…slow down and read my interview with Coby Crawford of Coby’s Creations.

Please introduce yourself and tell us about latest project

My family calls me Coby and my friends call me Crawf(ord). Twenty-eight years old, living the slow life in Ocean Beach, California. I’m from the small town of Bethesda, Ohio. Moved to Columbus and then here to separate myself from distractions and really get into my work. My main focus is on writing, although I do some illustrations and teach a paint ‘n’ sip class here in San Diego. My most recent finished project is a short story titled “There’s Something in The Woods” but I’m currently in the editing stages of a novel I’ve been working on for a while now. It consumes most of my time. 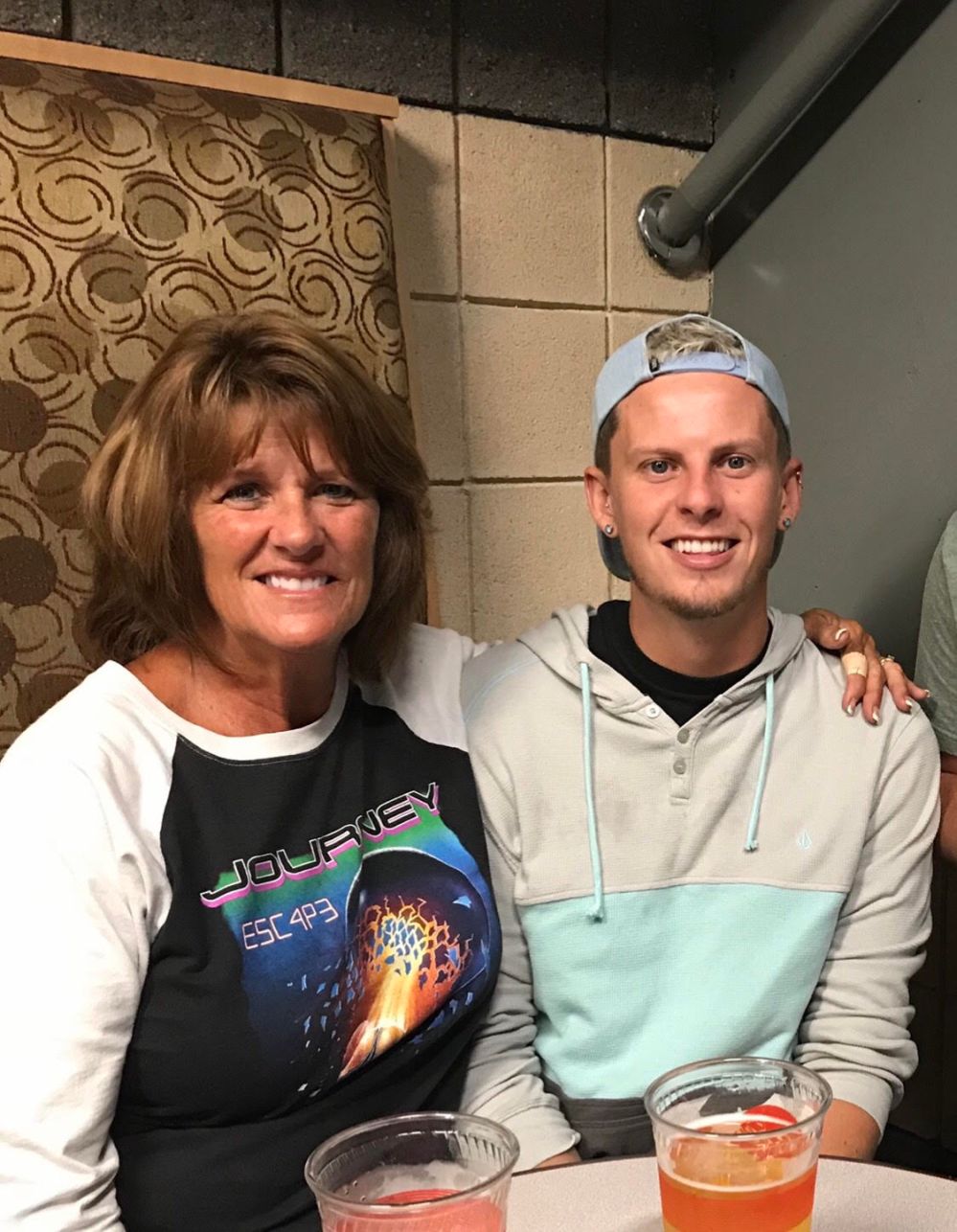 What was it like growing up in your home? Were your folks readers/artists as well?

My parents weren’t very artistic. I have a feeling that my dad could be if he ever tried, but he’s a very proper man. Not a lot of expression—a bunch of grayscale clothes. But he’s very intelligent and likes all the greats like Lord of The Rings and Star Wars. My mom is the total opposite of my dad. We like to go out and have fun together. We like a lot of the same music, so we hit up concerts together. My older brother is a very good artist. He has great tastes in films and good stories. So, the fact that he loved my novel makes me confident.

Who were your favorite writers/artists growing up? Which came first to you…writing or drawing?

If I had to pick one, I guess I would say Dickens. But, my love for writing didn’t develop as traditionally as most. It started as a love for film. I would always watch these movies, but really get into the story—which ones had the most character growth or took me on an emotional ride? If someone died, and I felt heartache because the writer and, in this case the director, had somehow managed to make me emotionally attached to a character in two hours of watching a story he just made up—I think that’s amazing. My drawing came far before my writing, although it didn’t necessarily come before my story telling. I can remember sitting at my grandma’s coffee table, not old enough to be in school yet. I would draw things that I made up. Maybe a creature from another planet. Maybe a foe for Batman, from a Batman story I made in my head. That’s just a random example.

Is there a difference between an illustrator and an artist? If so, what are they? 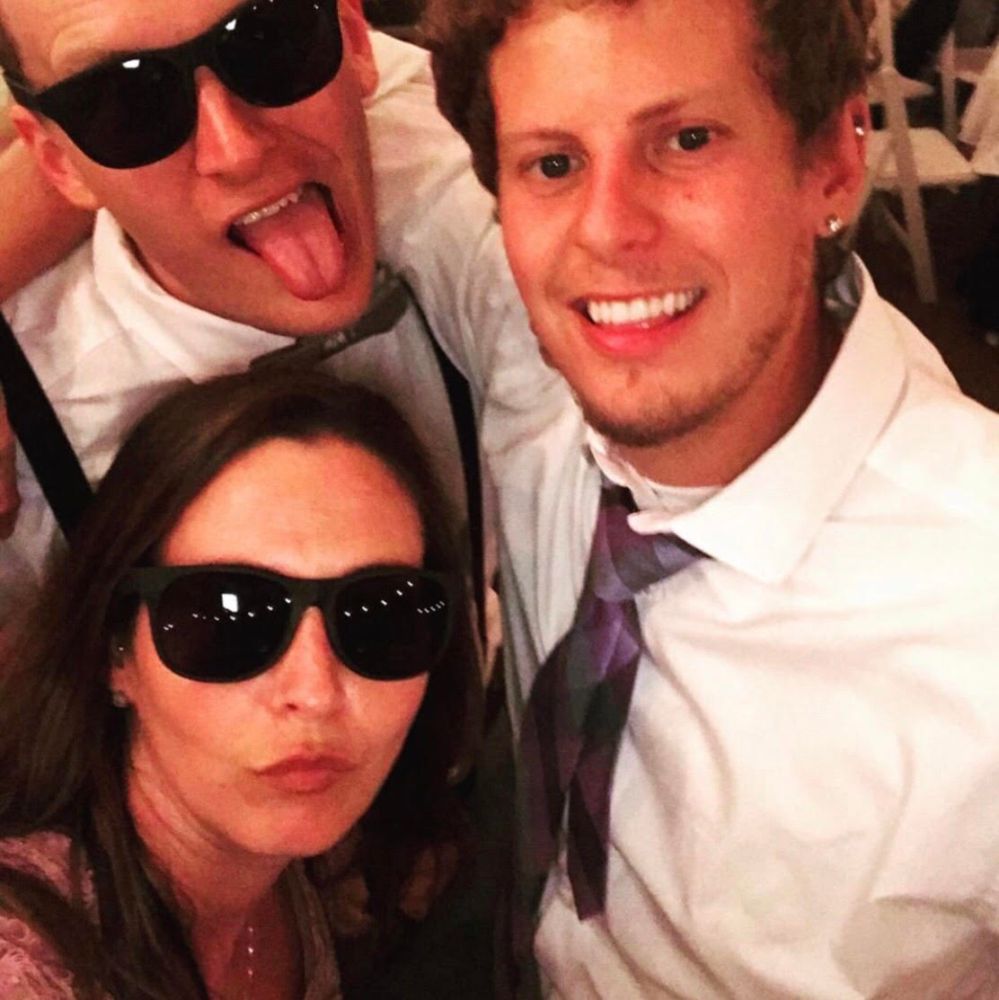 I fear never feeling like I succeeded as much as I could have, but it wouldn’t make any sense to have goals shy of the moon. I am striving for the absolute best version of myself. I am writing because I want to become one of the best. I don’t fear death, just not accomplishing as much in a lifetime as I could have. Sometimes it drives me, but it’s also a bad mindset. Sometimes I can’t enjoy things like going to a movie or to the beach, because I’m not revising a short story so another one can come sooner rather than later.

Where do you get your ideas from?

They come from all over the place. The idea for the novel I’m writing came to me when I was at the Fashion Meets Music Festival in Columbus. I was watching Ludacris with my brother and girlfriend at the time and I looked over and told them the most random thought for this fiction adventure. That was the seed, then the rest of the story came later. I don’t fish for ideas. I don’t sit around and think what a good story would be. They’re just somehow there one day. I could be driving down the road, see something on a sign that gets me thinking about a topic and then suddenly, I have a great story idea.

What is a typical day for you like, creatively wise? Walk us through a day when are you are working on a project?

Every morning I wake up and promote Coby Creations on my social media platforms from my phone. Then, once I’m alive and moving, I’ll be making a smoothie and coffee in the kitchen, shower and out the door. I can not stay at home if I want to accomplish a lot. I’ll be getting up and looking in the fridge or just creating ways to distract myself. I like to go to this local coffee shop, set up shop at a table and go to work for hours. There will be a pen and notebook beside my laptop. I’ll be typing and then a simple detail or sentence will pop into my head that would make the story better and I’ll write “go find where Chris said this and change it to that.” I’ll know when it’s time to stop. I’ll be forcing words onto the page, when before they would spill onto it. At that point, when I feel like the writing is done for the day, I’ll read and study the works of others for inspiration.

How do you challenge yourself creatively?

I challenge myself to get weird with it. Stories are only crazy until they’re successful. I don’t limit my creativity. For the longest time I was afraid to show my work because I was afraid of what others might think of it. Some of the stuff I write can be out there, but it’s something special when I let go and write like nobody would see it. Then, I post it on the internet for everyone to see. It’s very freeing to express yourself in your work and show it to the world. I think everyone should be expressing themselves all the time. But you also must be brave enough to face the feedback and criticism.

Which is in a better place right now in your opinion: Horror novels or horror films and why?

I would have said novels for the longest time, but at this moment I’m going to say films. I’ve seen some great directors emerge recently like Ari Aster and Jordan Peele. There will always be the ones banking on the possessed dolls or a remake of a remake of some old slasher to sell tickets, but I’ve been very impressed with the originality in some of these horror films in the last half decade.

Which three artists/illustrators are tearing it up today and what makes them great?

I don’t know a lot of illustrators by name. They never get the credit they deserve. For an example—I was watching Into the Spider verse and couldn’t quit thinking about how amazing the artist behind that must have been. But unless you read the credits, you’ll never know. I don’t give my input on topics I’m not knowledgeable about. But, since you said artists, I’m going to use it as the broad term I talked about earlier and spin the question. Jack White just released new work. He’s one of the best musicians to ever do it. Tarantino’s new film looks like it’s going to be incredible. He’s pretty much owned the game for fifteen years. And how about George R.R. Martin having the world wrapped up in his story? They’re all original. They aren’t doing anything but being themselves. 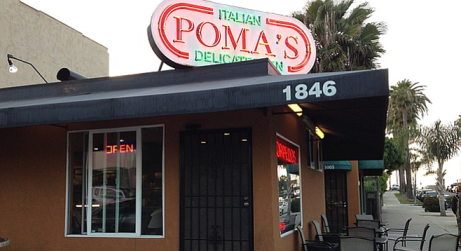 The cheetah and I are coming to watching a showing of your work but we are a day early and you are now playing tour guide. What are we doing?

Ocean Beach is the most down to Earth place you will ever step. We’ll take a walk up to Newport Avenue and hit up Hodad’s—the greatest burger joint ever! You’ll get a wave from 9 out of 10 people we pass. Then we can go to a crowded beach full of people from across the world, mostly in San Diego for the surf. Or we can go to one of the numerous secluded beaches around the city where there’s less noise and more relaxation. If your friends with me then you like to go out Saturday night. We might head down to the Gaslamp District. But if it’s a random Tuesday we might watch the sunset and waves from my patio and order a pizza from Poma’s. It’s fire!

I like to thank Coby for his time,his talent and his words. I’m posting links to his Twitter and his new blog so you can keep up with this very talented young man.