The cheetah and I were stuffed from Thanksgiving and were sort of listless. I made the mistake of letting him pick our viewing for the night and when he brought “Ozark Sharks” I knew we in deep waters.

Yep,Paladin decided we would end November with a bad shark movie and after watching “Ozark Sharks” I gotta say,it wasn’t a bad idea. And being there are a lot of familiar faces from our last bad shark movie,”Mississippi River Sharks“,we knew sort of what to expect.
Or did we……

The film opens with a group of four friends standing in a filthy looking river up to their ankles. They are horsing around until our first shark comes and makes a snack out of the first girl…now I’m not saying this to be cruel but who that actress was,she appeared very anorexic and it was a little alarming to watch. She was extremely pale and you could see her ribcage and shoulder blades sticking out. How she got cast is a question I would wantto ask director Misty Talley because she looked very ill.
Well anyhoo,three of the four friends become shark snacks and away we go with the opening credits. I was curious to see which faded star they had suckered into doing this movie but to our surprise,they hadn’t gotten anyone for a free location shoot in Louisiana!! 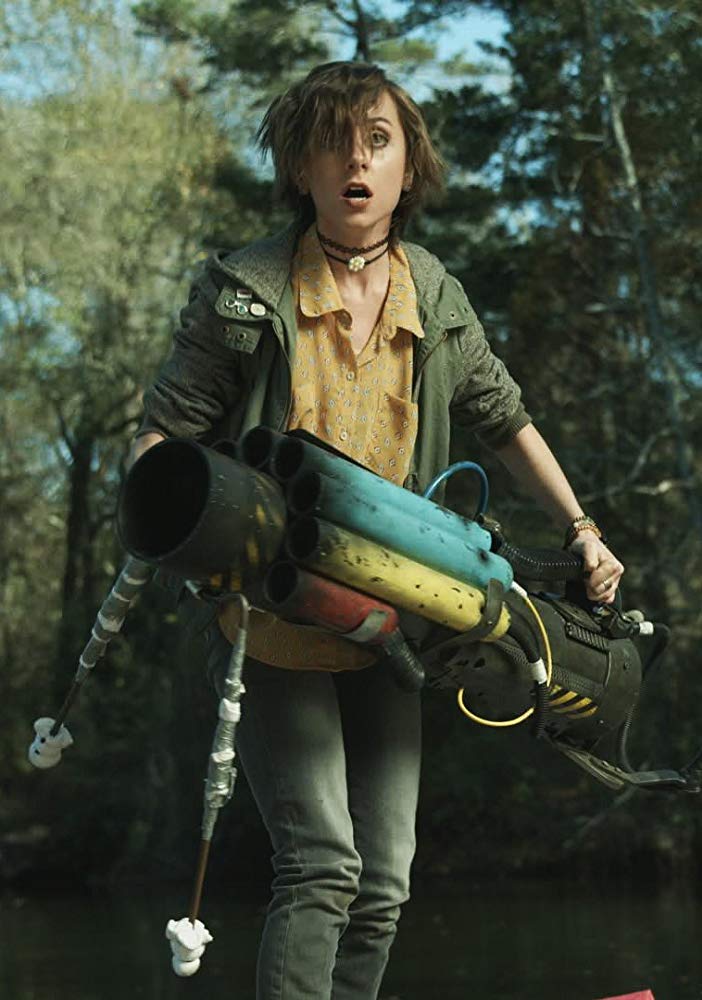 Instead “Ozark Sharks” focuses on a family that is going to spend some time on the lake.
As they pull up,we see that same old plot device of some sort of “festival” is going on because you need some victims in the terrible looking river/lake water.
Anyways,the family…which includes Mom (Laura Cayouette),Pops (Michael Papajohn),Harrison the son (Dave Davis) and Molly the weird looking daughter (Allisyn Ashley Arm) and Grandma,all roll into the campsite where they meet the caretaker (and the best thing about this movie) Jones (Thomas Francis Murphy). 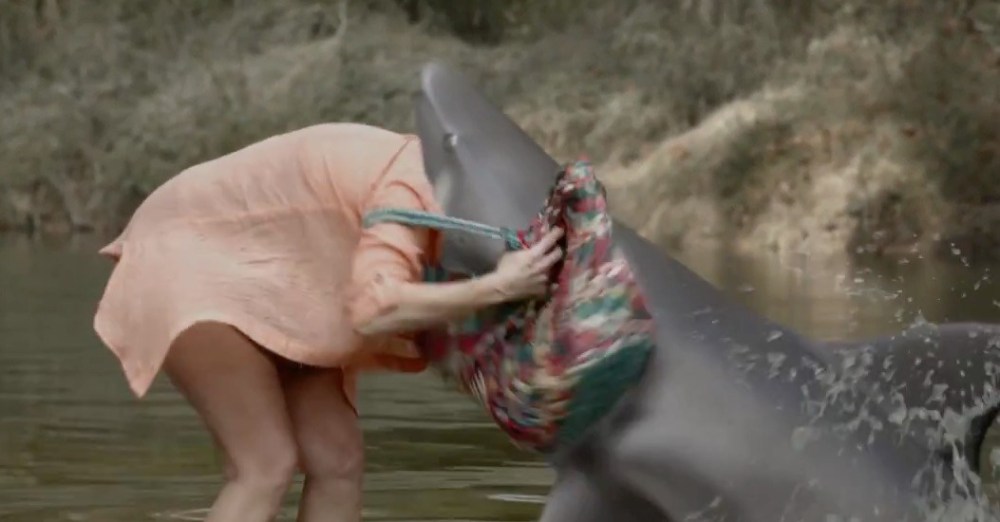 But the circus isn’t complete until Molly’s annoying and you can’t wait to get eaten boyfriend Curtis shows up. Soon Mom and Pops are taking a canoe ride while the youngsters and Grandma go thier favorite spot. Grandma becomes shark jerky and all hell is raised as Harrison is going to try and save Mom and Pops but ends up saving the last girl (<—-see what I did there) from the opening attack,Dawn (Ashton Leigh).
Molly and Curtis attempt to warn the other folks in the lake and aquire an ally in Jones.
Despite several other people being eaten,the sheriff decides to ignore what is happening and its up to our hero family along with Curtis,Jones and Dawn to save the day….. 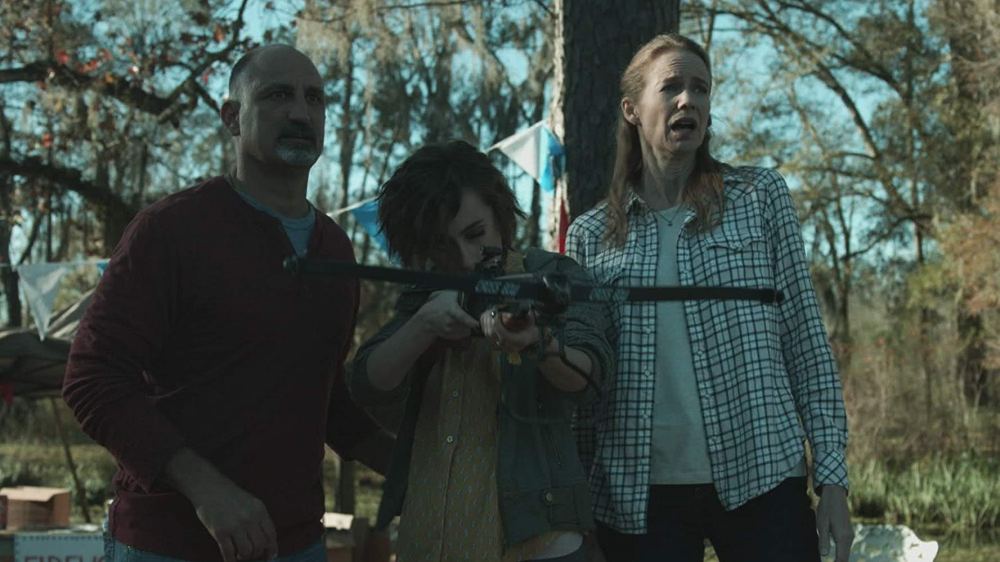 It seems that each of these bad shark movies that we got on the “Shark Bait” film collection from Mill Creek Entertainmentis getting worse then the one before it.
“Ozark Sharks”,outside Murphy’s performance,is terrible….you know you are in deep trouble when the bad CGI sharks are out acting your cast. The thing is,the cast isn’t bad,its just that this is a REALLY bad movie and one gets the feeling its just a paycheck and honestly,I can’t say I blame them.
The “story” is sooooooooo generic,the CGI is awful and that location shoot looks like it should have been shut down by the Department of Health. 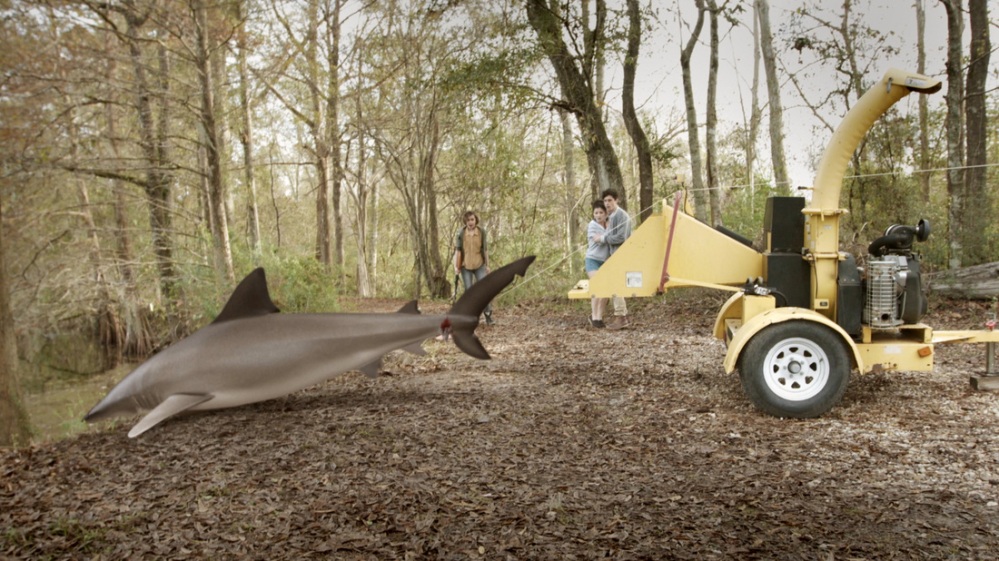 “Ozark Sharks” has a run time of 90 minutes and as it was made for the SyFy Channel,its safe for watching by everyone.  You can get a copy from the website of Mill Creek Entertainment.