Woke up to birds chirping outside and soft sounds of rain outside my window. The cheetah was sleeping behind my knees,we stayed up til midnight watching a little college baseball…Georgia at Kennesaw State on ESPN. We are so happy that spring training is finally here!
I enjoy watching a lot of movie collectors on YouTube and noticed a sort of a strange trend. While showing off their collections,the folks who follow them started to send them movies and TV shows on their own. The collectors don’t ask for mail nor do ask or encourage people to send them stuff,it just happens.
Because I write my reviews and don’t do YouTube,I have had no one out of the blue approach me and said “I’m sending you some stuff”.  So when my old friend and Super Bowl watching buddy Lon recently wrote me and said he was sending me packages of stuff,I was very touched by that. Lon is also a film maker in his own right and his creations have ended up on the El Rey Network. He also filmed a documentary about a club in San Jose called the Cactus Club which was very well received.
As far as the movie tastes go,I know that Lon is a fellow fanboy meaning I might get almost anything moving,our tastes are almost pretty much the same I think.
About 10 days after he pinged me on Facebook,he pinged me again and said the package was on its way. He mentioned that he hoped I didn’t have porch pirate problem but when I reminded him that the cheetah likes to sit on his windowsill and chuff while looking at birds,porch pirates keep on sailing down the road. So on Tuesday afternoon,the package came and I wanted to share with you what I got sent…. 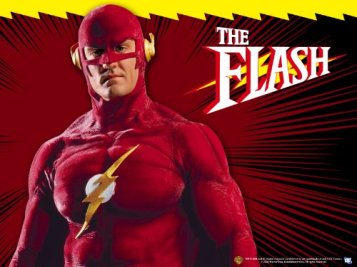 The Flash – The Complete Series (1990) – This was one of the first superhero shows that was quite simply ahead of its time. John Wesley Shipp played an excellent Flash and this show was very good,Mark Hamill even did a guest spot of “The Trixster”,arch-villain created for the show. Sadly the budget was too expensive and the ratings couldn’t justify the costs and The Flash lasted only the one season.

The Shield – Season One (2002) – Never watched a single episode of this crime series.
I know that Michael Chiklis who I had watched in “The Commish” and two “Fantastic Four” films,really became a big star with his turn as rogue cop Vic Mackey. 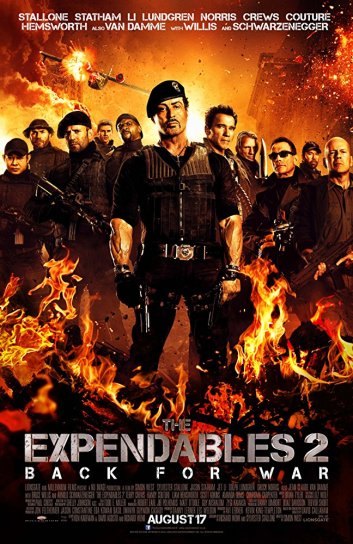 The Expendables 2 (2012) – I just watched the first Expendables last month and now I have the second one. The Expendables are a team led by Sly Stallone and a who’s who of action stars who take on only the roughest missions. I enjoyed the first one and I’m looking forward to seeing this one as well. 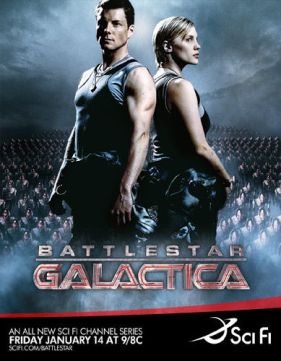 Battlestar Galactica Season 2.5 – (2005)  SyFy Channel struck ratings gold with the retelling of the Battlestar Galactica saga. Gone are the cheesy stock footage and Galactica 1980 and instead comes an adult version of a great story of the last humans looking for a colony called Earth. Season 2.5 has extended episodes of many season two stories.
And this is also a show I never watched.  I also got the pilot film as well….. 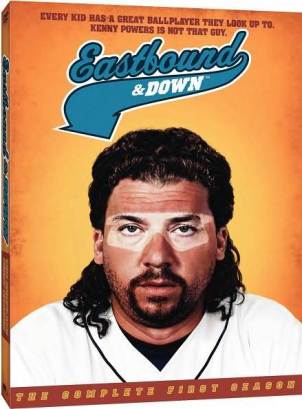 Eastbound and Down – Season One (2009) Former big league pitcher Kenny Powers has pitched himself out of The Show. Having wasted his fortune,Kenny is teaching in North Carolina and itching to make a comeback.
Despite being a huge baseball fan,this is yet another series I have never watched. Danny McBride is a funny guy and I suspect this series will be poking a lot of fun at MLB. 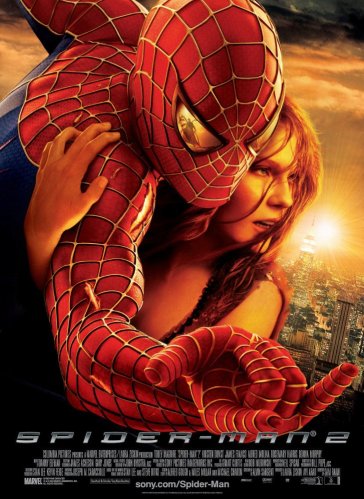 Spider-Man 2.1 – This is the extended version of the Tobey McGuire-Alfred Molina clash of titans. 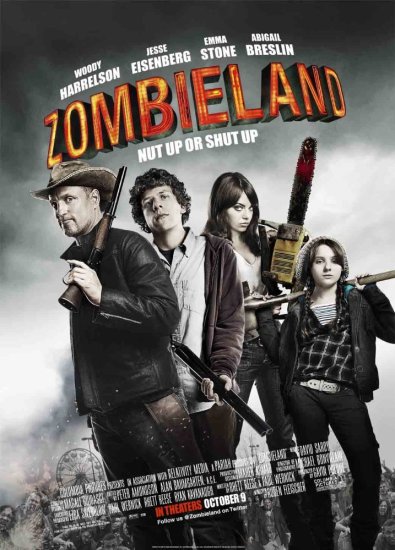 Zombieland – I won a copy of this film from Dan from Reject Filmz so I’ll be paying this forward to another fanboy/girl. This is a wickedly funny take on the zombie movie. 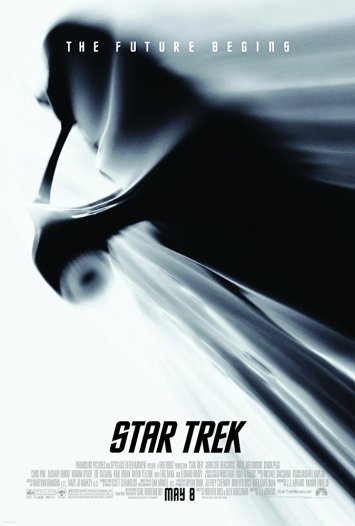 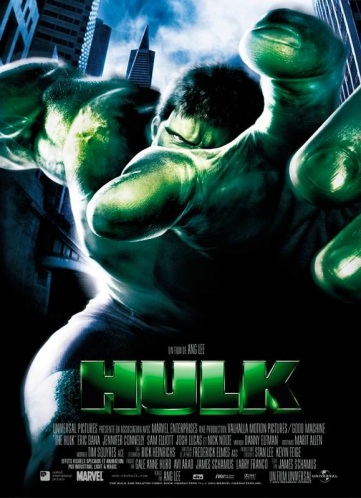 Hulk- Speaking of Eric Bana,I have seen Ang Lee’s Hulk but did not have it in my collection,thanks to Lon,I do now! 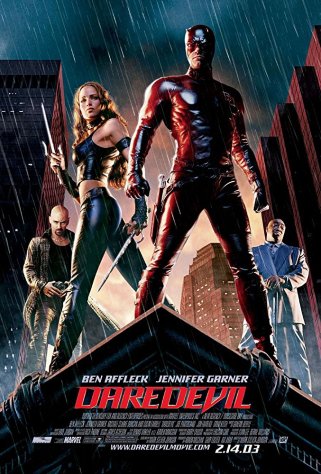 Daredevil – I may be the ONLY fanboy who loves this movie and thought Ben Affleck was a perfect Matt Murdock. Just too bad that Colin Farrell stole the show as “Bullseye”. This movie kicks ass. 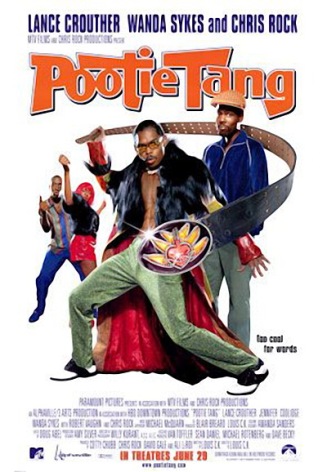 Pootie Tang – Hell yeah! I have been wanting to see this for a while now but never have stumbled across when I go movie hunting. I love funny movies like this…which explains why “Friday” is my brother and mine favorite comedy. It’s silly,goofy but I’m sure it has a lot of soul.  I can’t to show the cheetah! 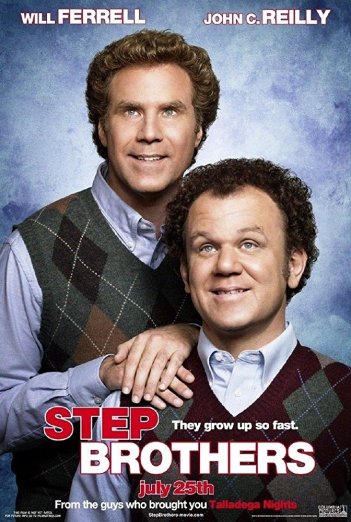 Step Brothers – Never have watched this but have heard it’s very funny. It Mary Steenburgen in it so has to be good. 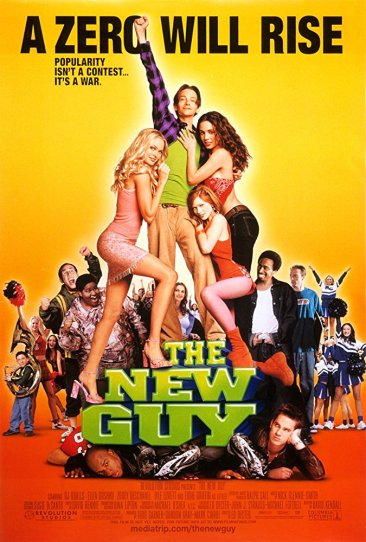 The New Guy – Big DJ Qualls fan and even bigger Eliza Dushku fan,I remember when this movie came out but even got a chance to watch it….and is that Eddie “Undercover Brother” Griffin I see on the cover?? Solid! 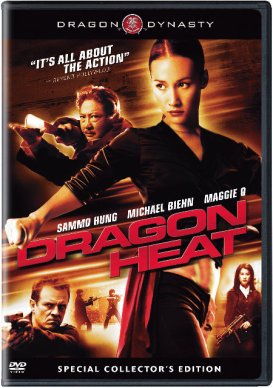 Dragon Heat – With Sammo Hung,Maggie Q and Michael Biehn,this is the one movie I want to see first! With three great action stars like this,you know this is going to deliver because face it,Sammo Hung doesn’t do bad films….. 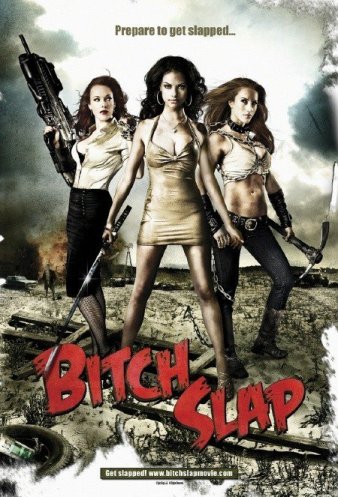 Bitch Slap – Looks like a LOT of fun with three women from three different sides of life teaming up to recover some stolen jewels. You already know this has the cheetah and me written all over it!!

So THANK YOU so much Lon,the cheetah and I have a lot of fun movies and series to take a peek at!!! Some of these definitely will be reviewed because the cheetah and I love a good indie/B movie and we also like looking back at past films that need a little polishing up for a new generation of movie lovers.

Now while I’m NOT asking for anything,if you by chance wish to donate a few films our way,you can find our information in the “About the Inner Circle” link above and we’ll be back to write about it.  But for now,the cheetah and I are off to the Old West again….to meet the mysterious Lazarus Man!!

Have you seen any of the titles above? What are your thoughts or opinions about them?
Drop us a comment and let us know!!

4 thoughts on “Our First Unboxing!”